Photos and Review by NOTES FROM VIVACE

Music from the 10 bands in the lineup ranged from the grooves of Rambling Ways to the grunge sounds of Spare Parts for Broken Hearts. The festival opened up with Pink Motel’s jagged dance moves and sounds. Lead singer Kristi Magdalene was especially pleased when the fog machine started up. 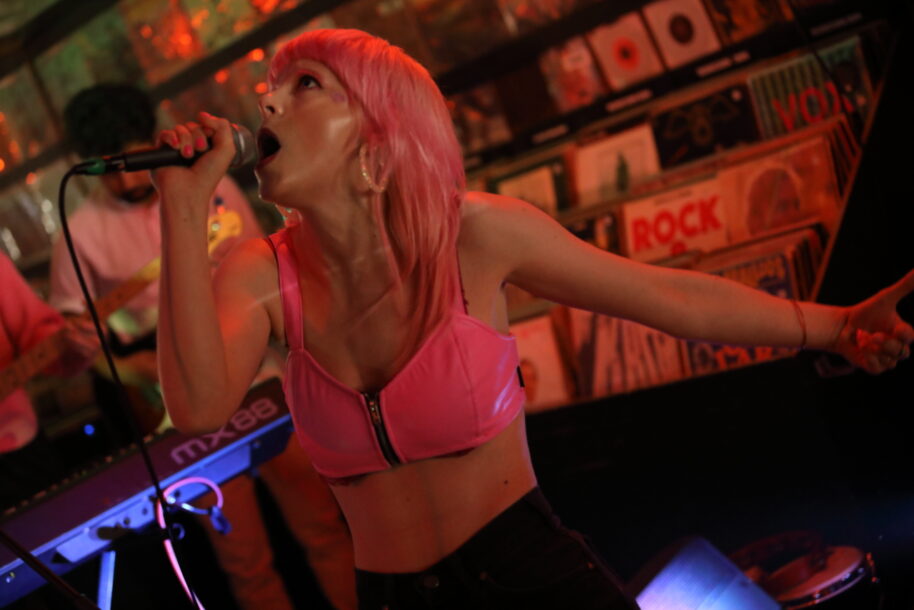 Banny Grove gave a quirky and fun performance with vocals that would often swing into the horror monster movie tone. At the start of the set, a Roland synthesizer was placed atop bongo drums due to lack of space. The sound guy jumped to the rescue by creating a makeshift table for the synthesizer. 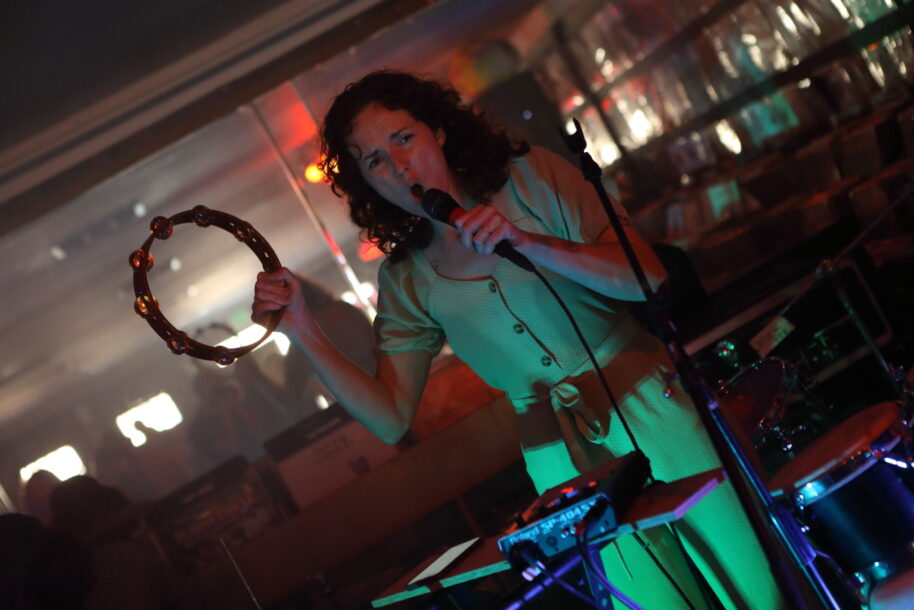 V Torres’ bassist came rushing in at the very last moment perhaps due to traffic, work, both those reasons or other. That curveball didn’t stop the band from giving a solid country rock performance. Lead singer Veronica Torres has the confidence in her band to just let the music flow. 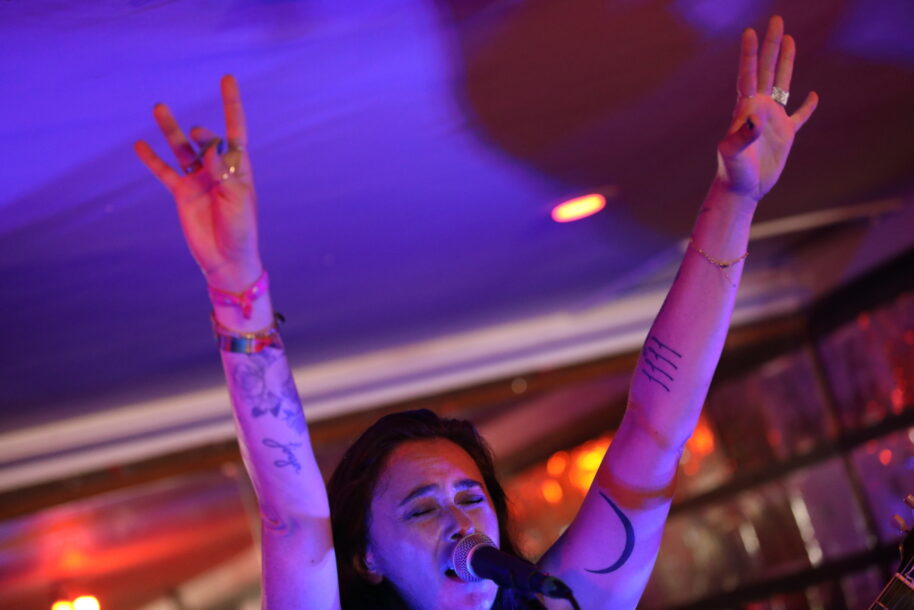 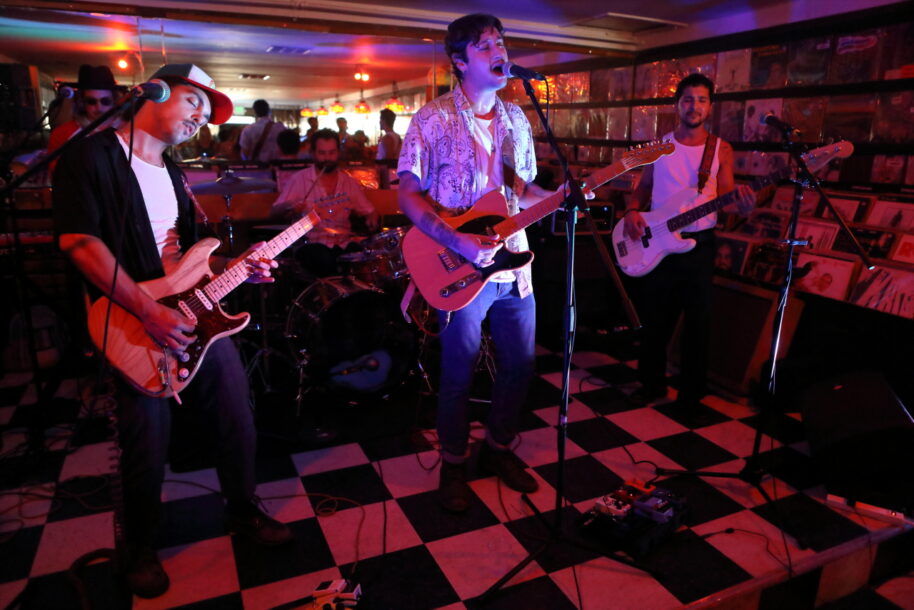 Stevi Daft closed out the first half of the lineup with classic rock sounds that blasted the records off the shelves. Her eyes were wide and bright as she tore away the musical layers. 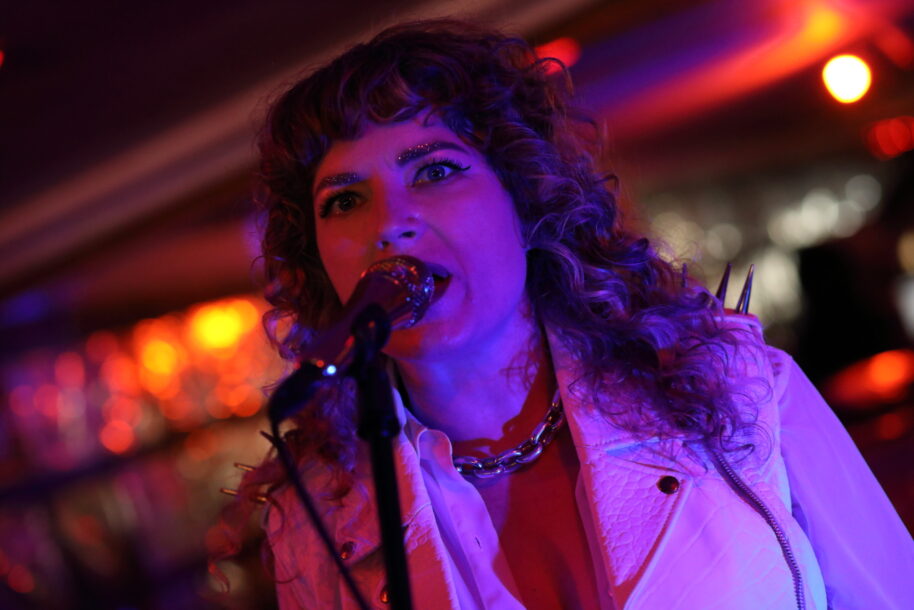 The second half had The Blushes going punk wild with screams, head shakes, and some wonderful tall tales. What tall tales? They’ve been invited to perform at some “Eyes Wide Shut” parties across Hollywood where the band had to perform blindfolded and sign nondisclosure agreements. If the band is really telling the truth and this article is being read by those in power, no famous actors or actresses were named by the band – just to keep them safe from retaliation. 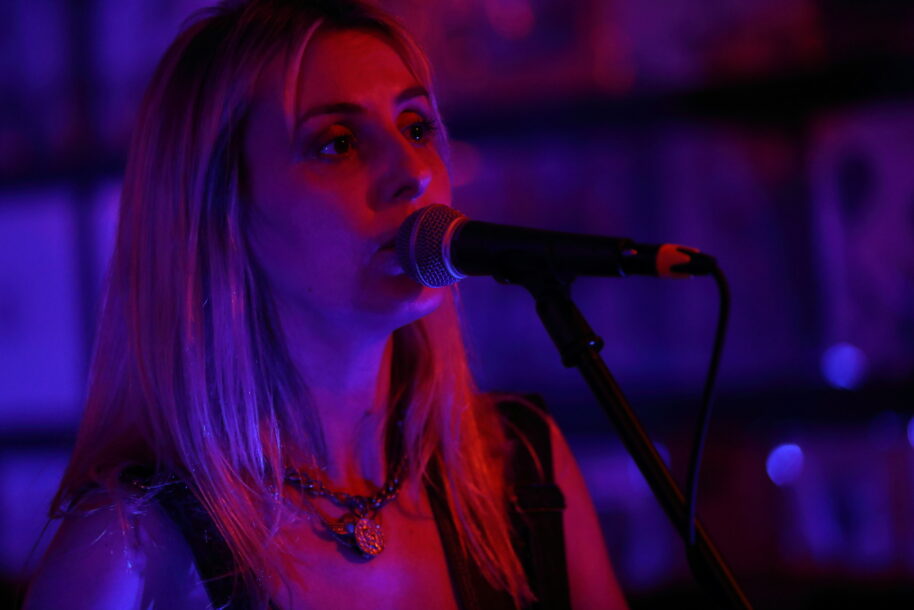 Fox Violet put on this festival under the Fierce Femme Sounds banner. What a wonderful festival it was. The duo’s dream grunge sounds were highlighted by the vocals. Soft Palms music either speeds along at a screaming pace or drifts along like a leaf flowing down a stream. There was a sly smile throughout the set to let you know that the band, which includes wife-and-husband team Julia Kugel (The Coathangers) and Scott Montoya (formerly of The Growlers), was having way too much fun. 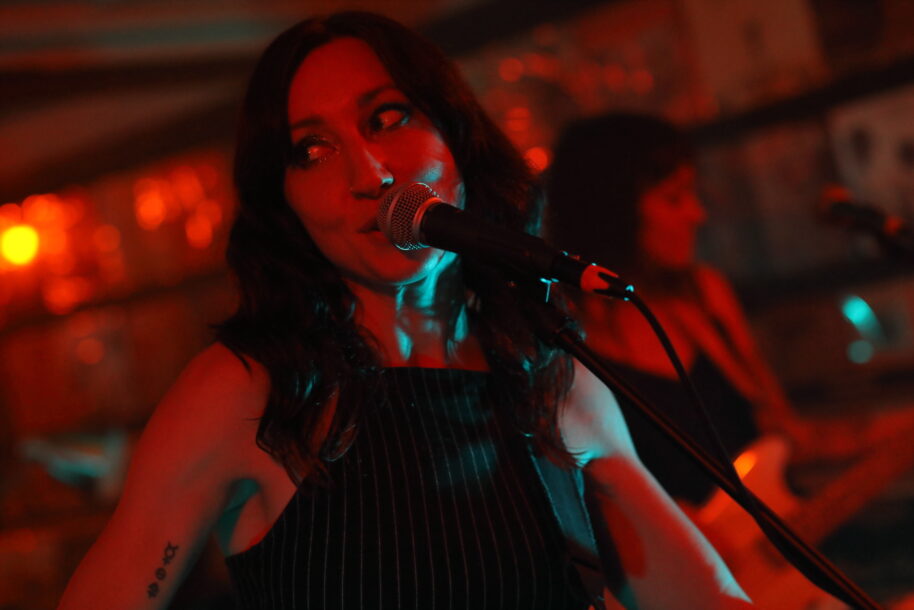 Lauren Lakis who moved to Austin, Texas, came back to California for a two stop mini-tour that included San Francisco and Los Angeles on back-to-back nights. That meant a nearly 400-mile drive from San Francisco to Los Angeles in order to play the festival. One could watch their progress on Instagram Stories. They arrived with a couple hours to spare and had their fan base pressed close to the stage for their contemplative alternative rock. 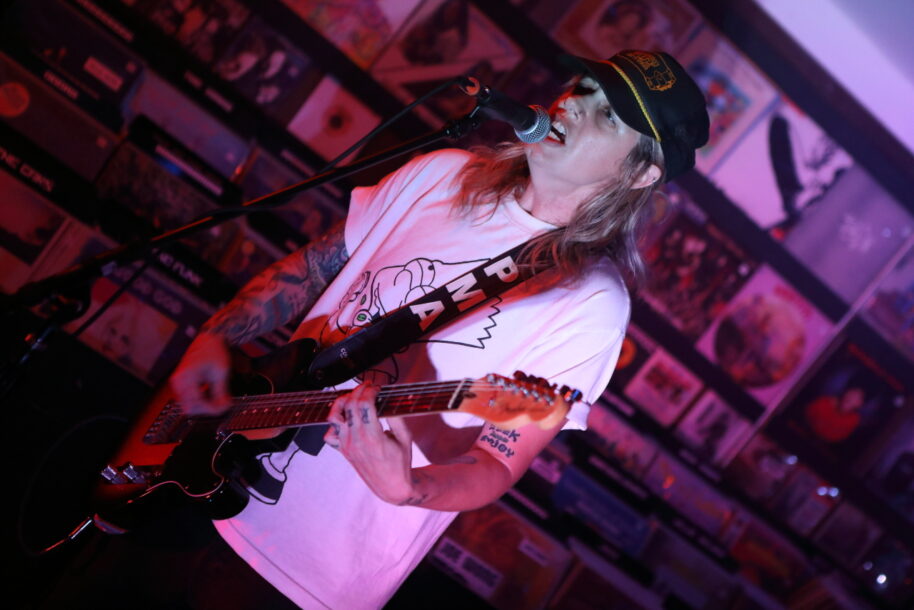 Closing out the night was Spare Parts for Broken Hearts with their grunge punk sounds. As the band waited for their drummer to get everything ready, Sarah Green was seen looking through the record bins. When one peaked her attention, she showed it off to bassist Jonny Cifuentes. Then the band blasted into their lyrics that are so familiar to their fans such as the “Dirty Milk” lyrics: I don’t wanna be the voice of your prophet. 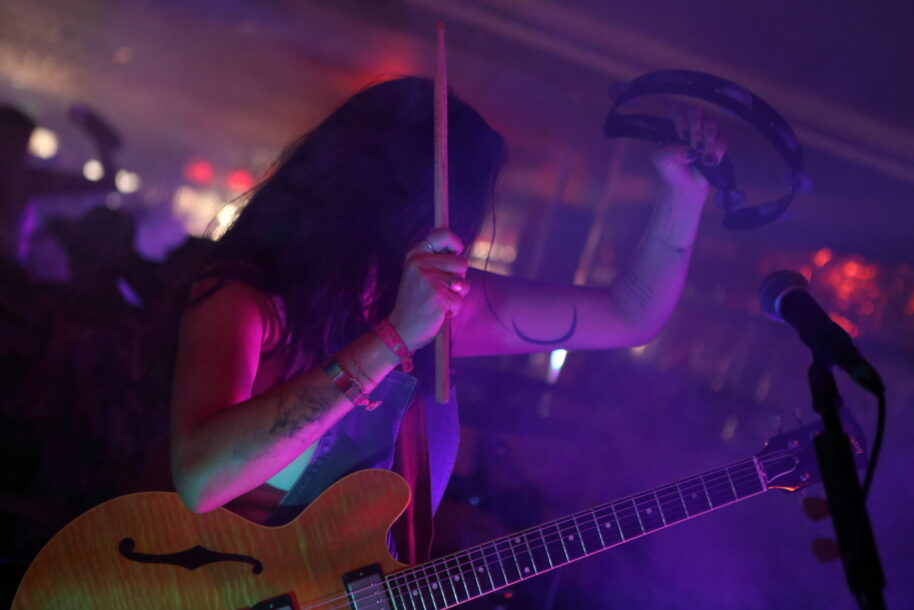 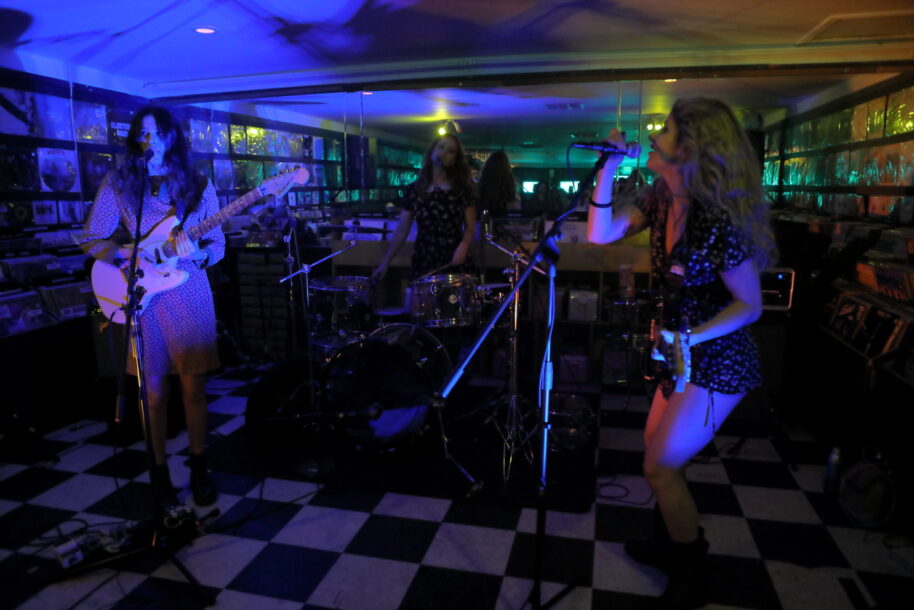 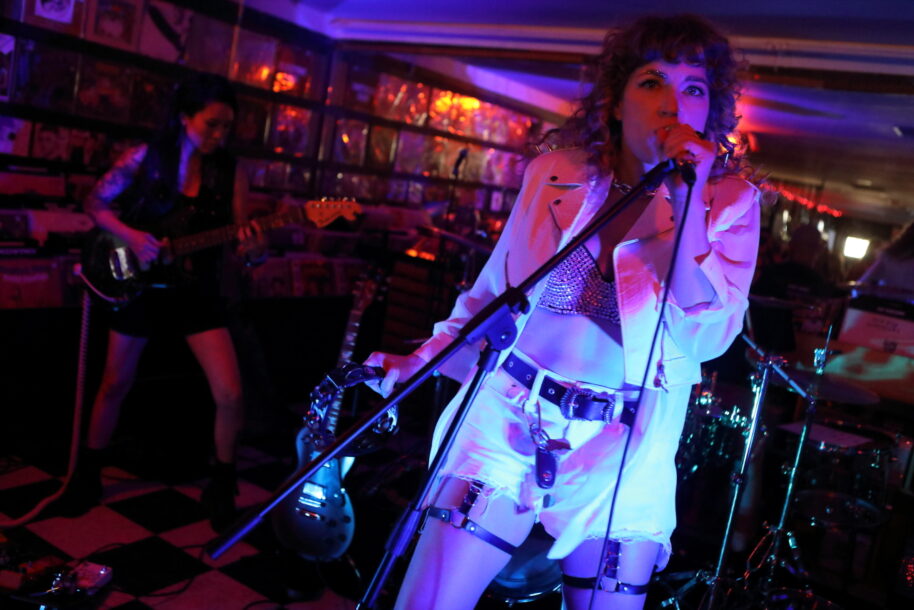 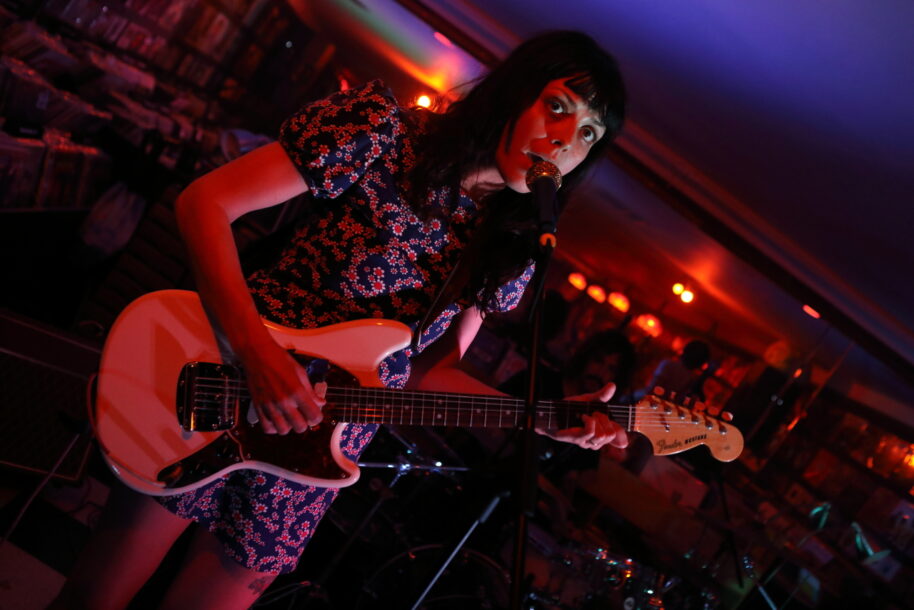 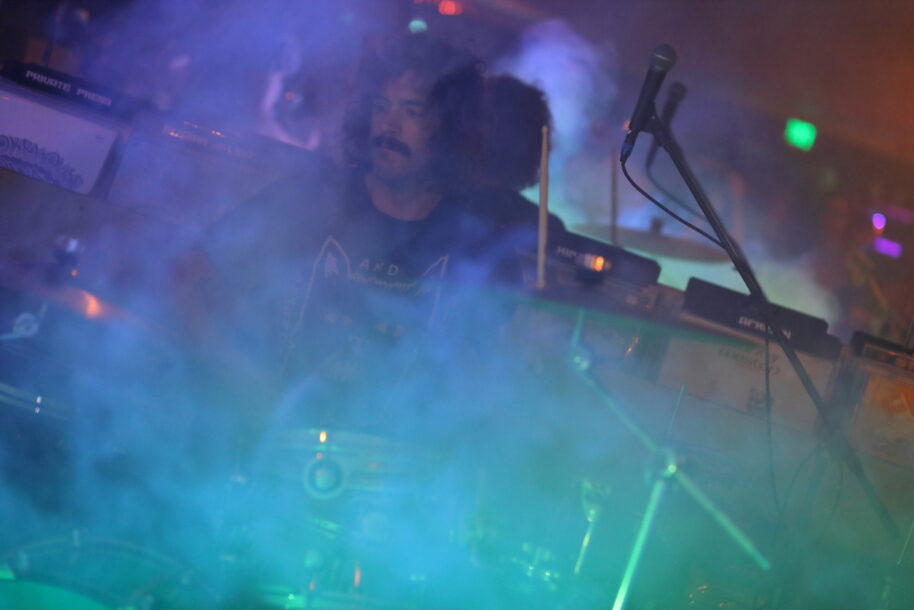 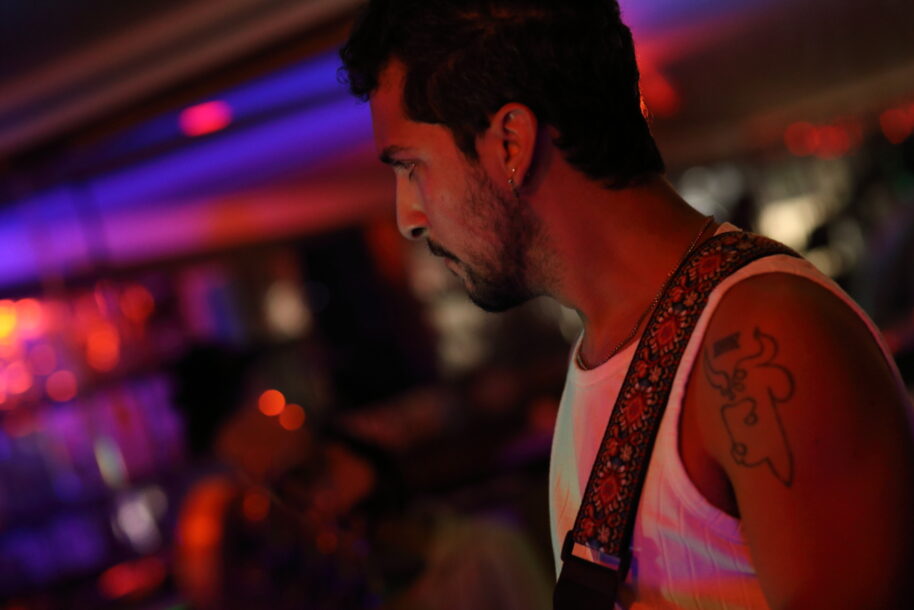 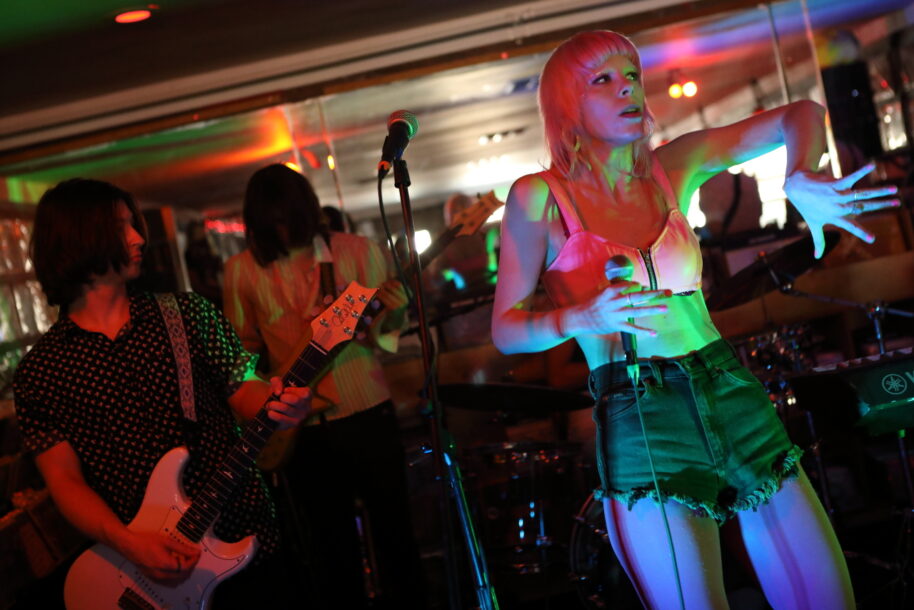 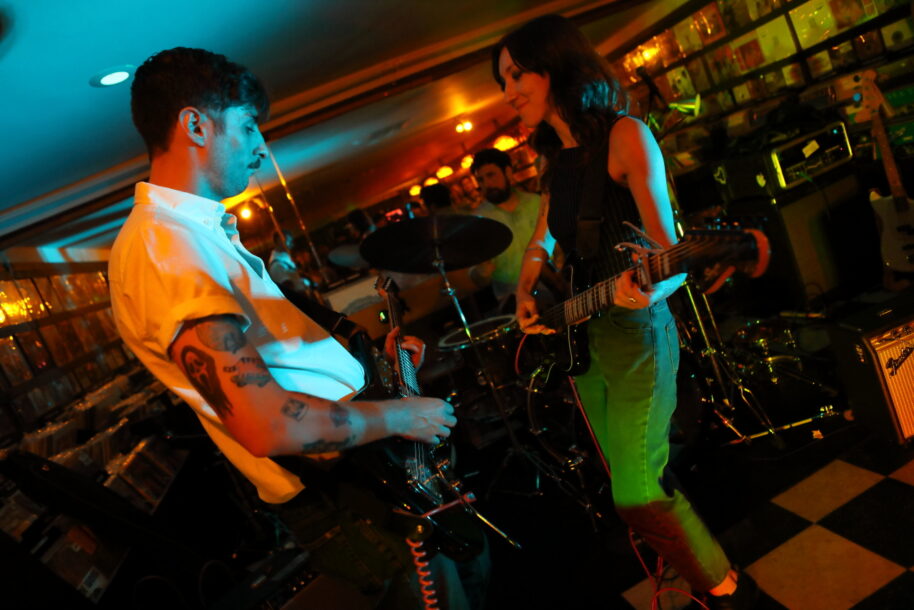 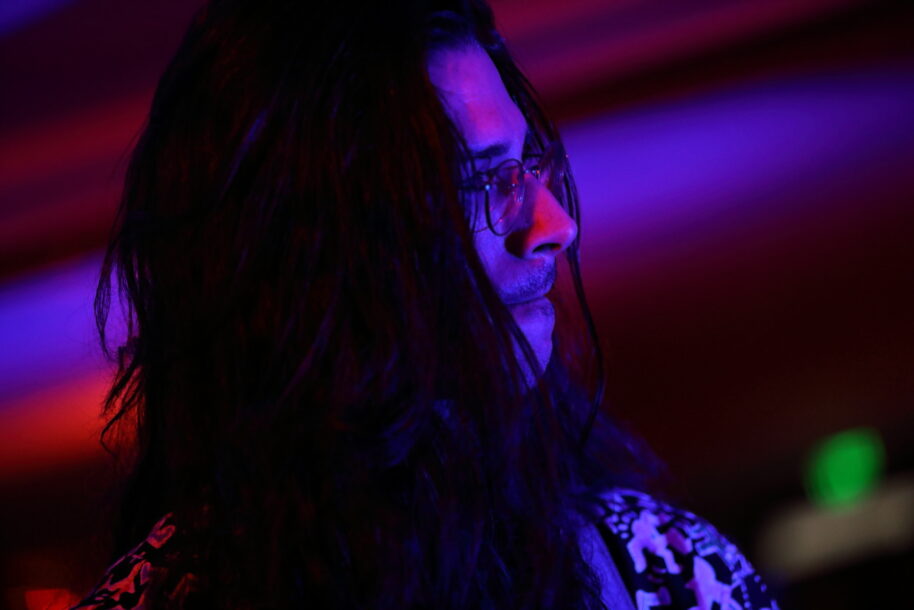 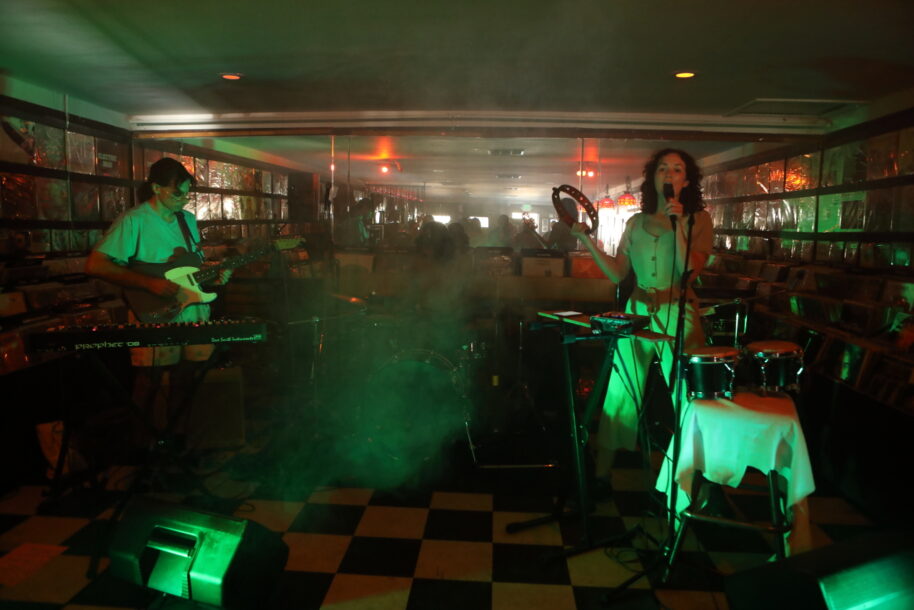 December 6, 2022 News Musicians Comments Off on The Krayolas Drop New Christmas Single and EP ‘I Wanna Be Your Santa’

Edited by JOHN DALY San Antonio-based garage rock band The Krayolas have a new Christmas single, “I Wanna Be Your Santa,” a nod to both The Ramones classic and the holiday season. The track is on […]

Photos and Review by NOTES FROM VIVACE LOS ANGELES – I first came across King Mala during an online set for WFNM during the height of the pandemic in late 2020. She sat on a […]

By DONNA BALANCIA Jimmy Cliff has released the upbeat and meaningful single “Human Touch,” his first offering of new music in almost four years.  Cliff, the singer-songwriter, producer, humanitarian and global music legend, has some […]