Robert Plant and Alison Krauss launched their first international tour in more than a decade this summer, including performances at New York City’s Forest Hills Stadium and top spots at Bonnaroo and Glastonbury.

Following a run of shows across the eastern half of the US in June, Plant and Krauss head west from mid-August to early September, bringing their collaboration to the stages of Red Rocks Amphitheatre, LA’s Greek Theatre, Austin’s Moody Amphitheatre and more.

Each stop on the upcoming “Raising The Roof” tour will see Robert Plant, Alison Krauss and their all-star band playing sets full of music from both of their beloved albums: 2021’s chart-topping Raise The Roof, and 2007’s Raising Sand. 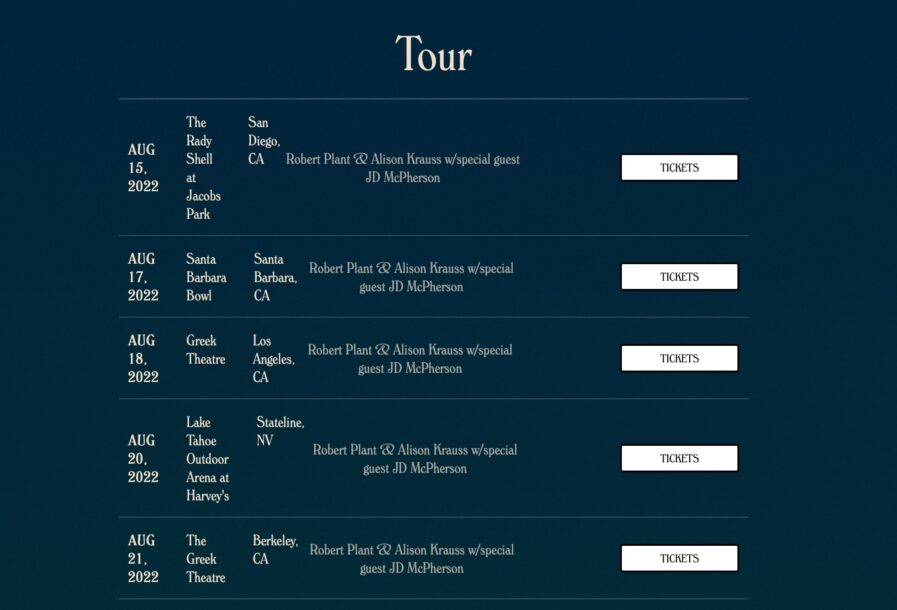 Listen to ‘Raise The Roof’ here: 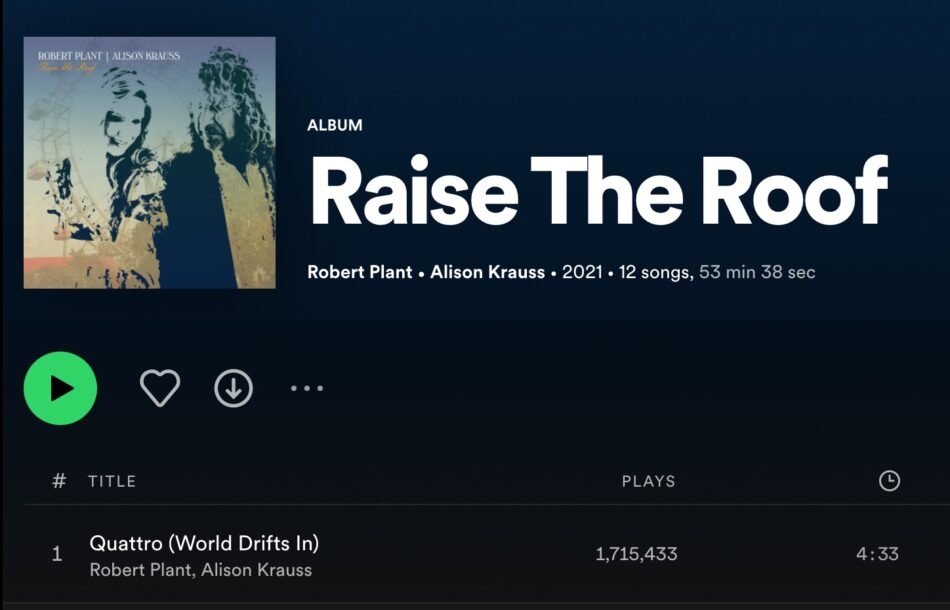