Recorded in Nashville, the song marks the first outside collaboration the duo have released, featuring a performance from the “third brother” himself The Black Keys’ Dan Auerbach.

Entitled El Bueno Y El Malo, the new record from the brothers is set for release on October 28, 2022 via Easy Eye Sound, Auerbach’s acclaimed label he founded and runs. 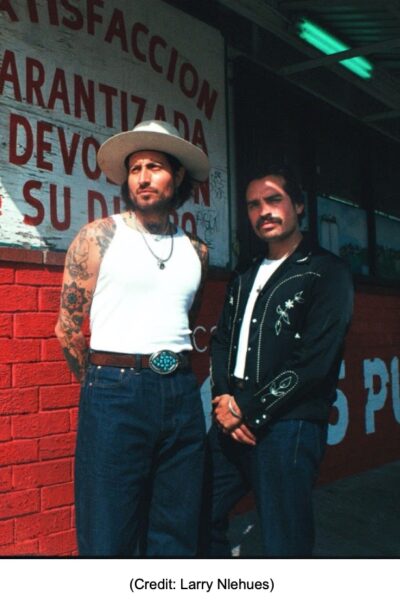 “We wanted to reconnect with our Latin roots and share that feeling of hanging out with friends in a ‘Barrio’ somewhere in a city in Latin America,” Hermanos Gutiérrez said. “While recording this song in the studio, Dan suggested playing a specific melody over the bridge. We remember trying a few things, but it was not what he envisioned. We invited him to play on the song, and it was such a connecting moment between the three of us, creating this song together and talking through music with each other. Since it has always just been the two of us, we felt honored and grateful to have Dan playing with us on this song.”

“Tres Hermanos” release follows the band’s sold out shows at New York’s Bowery Ballroom, LA’s the Hollywood Forever Masonic Lodge, and their set at Newport Folk Festival. The duo will also be opening for Jason Isbell in Nashville at the legendary Ryman in October.

* Supporting Jason Isbell and the 400 Unit