Matt Jaffe has hit his stride with his latest album, Undertoad.  I have been following Jaffe since he was 14 and playing hugely good guitar at a house concert series in Northern California and have been waiting for this album since then.

At the age of 16 Jaffe was discovered by  Jerry Harrison of Talking Heads and together they produced his first album. Seven good albums later, Undertoad has positioned him for the very big time. With seven sophisticated songs he transcends the boundaries of rock and creates an urgent universe of his own.

Undertoad opens with  “Broken Flowers,” a song that makes you sway, cry, and think as its hypnotic guitar and his high-pitched but perfectly modulated voice carry you into a Leonard Cohen-like cinematic world, but with a rock beat. Keeping up the energy in “Punch Drunk Love” Jaffe moves the pitch even higher, while staying smooth and addictive as he spins out a tale we all know. He stays in the deep emotional narrative mode with “Beacon in the Night,” using his unparalleled songwriting, world-class guitar skills, and most urgent voice to hold you spiritually while you rock out to the notes. 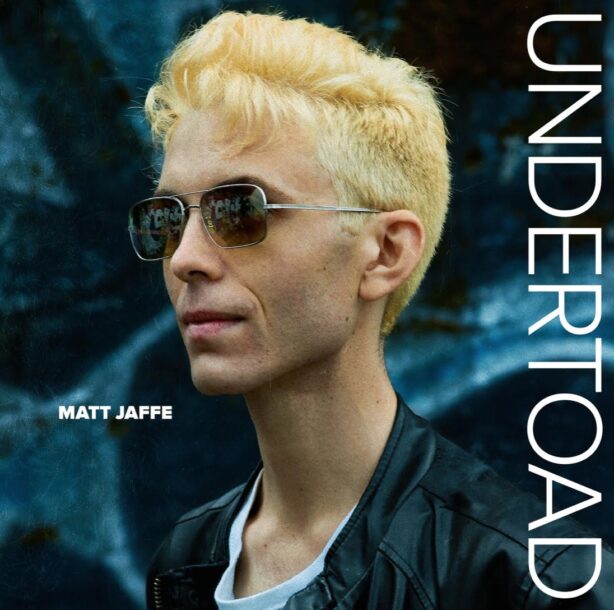 Slowing down and getting lighter, “Early Winner” tells a romance story – or is it — as he introduces you to a girl in a softly freezing winter.  He gets serious and yet magical at the same time  in “Strangers Again” – moving well into hard rock land with snarling  guitar walls, but always the lyrics take center stage. He then lets you come down in “Streets of Gold,” keeping a gentle electricity flowing through his guitar and your head.

The album wraps with the hypnotic “Time Traveler,” released earlier as a single, and the song that for many, establishes Jaffe,  not as a latter day David Bowie, but as a 21st century artist who is picking up where Bowie left off: Stunning, hypnotic, lovely and bloody sharp.

Undertoad, released in 2021,  is available on Spotify, iTunes, Amazon Music and on https://www.mattjaffemusic.com

Review: Jeff Tweedy Album ‘WARM’ is Intelligent with a Lot of Heart

By DAN MACINTOSH Jeff Tweedy solo is not all that different from music he makes with Wilco. It’s just more stripped down and less adventurous. That’s not a bad thing, though, because it frees Tweedy’s […]

By Patrick O’Heffernan We caught up with the South Carolina-based Electropop Duo Glass Mansions  – vocalist Jayna Doyle and multi-instrumentalist Blake Arambula – on their 13th USA tour for a Q and A. A far […]