Hall and Oates have updated their upcoming tour to include California dates at The Hollywood Bowl, San Diego and Indio in October and November.

Hall and Oates kick off the tour on Aug. 5 in Mansfield, Mass. and play on along the East Coast including stops in Philadelphia and Jones Beach, N.Y., Michigan, Cincinnati, Texas and Florida.

They take their show to The Hollywood Bowl on Oct. 1, North Island Credit Union Amphitheatre on Oct. 3, Shoreline Amphitheatre in Mountain View on Oct. 5 and Fantasy Springs Casino Resort in Indio on Nov. 6. The tour finishes up in Hawaii and wraps with final nights in Mashantucket, Connecticut. 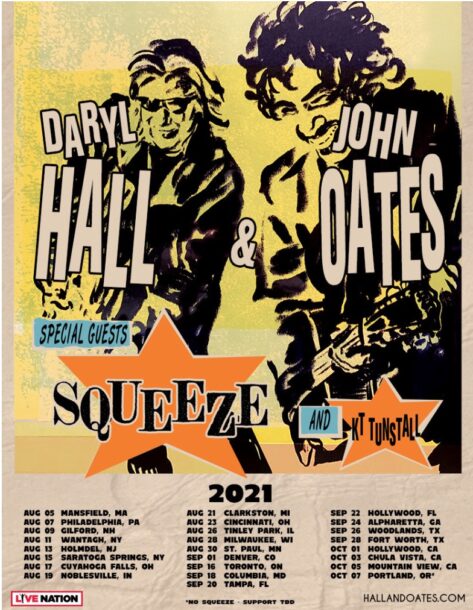 Support is provided by Squeeze and KT Tunstall.

Daryl Hall and John Oates have amassed a devoted following, particularly among the young generation, proving that solid blues rock appeals to all ages and still has a place in today’s musical landscape.