Interview + Photos by NOTES FROM VIVACE

On a recent Monday night, Westerner hit the stage at School Night in support of their just released album Kali Yuga Kama Sutra. The opening song from their album is “Yesferatu,” which takes you on a trippy ride. “Hell is Dull” will have you dancing as you walk down a sidewalk. “I Don’t Want Nobody Who Wants Me,” opens up with Depeche Mode beats. “Mysterium Tremens” speeds along with mystical-trance like influence. The song “Frog,” actually has the guitar sounding like a frog.

The diversity of the music was reflected on the School Night stage in both the performance and presence of the three band members. As explained to US Rocker, “Brandon Valerino (bass/synth/back vocals) is a pretty 80s, club kid at heart with a love of EDM. Mike Gattshall (drums/pad/samples) is a rock and metal guy.

Anybody who’s seen or met Cooper Bombadil (vocals/guitar/synth) says he’s been “transported from another era.” Mix all three together and as Brandon explained, “It definitely informs our look. The way we interact with the audience.  I’m a little bit more of a hype man. Cooper’s jokes are clever and sarcastic.”

As for Mike, when it comes to the performance, he just patiently waits for the other two to stop talking so that he can start those drum beats. By the packed crowd that was pressed close to the stage throughout the set, the diversity of the band’s music and personalities was a School Night hit.

With that, please enjoy the below Q&A with the band.

US Rocker: What’s the story behind how the band started?

Cooper: I wrote an album, “Unreal City,” with the intention of making animated music videos for every song on the album in order to make a psychedelic, animated movie. I wanted to perform it live and have it screened in theaters. I started finding musicians and hiring animators. Once the band was formed, we started writing new music and evolving. We went from a psychedelic, electronic band to being a more synth pop, nu-disco sound. I’m just now getting all the animations produced and we are gonna re-record or at least re-mix the first album and fulfill that dream of mine of having the animated movie we can tour with.

US Rocker: With your album finished and released, what thoughts would you share with other bands who are thinking about working on an album?

Brandon: Plan ahead. Set a day in mind in the far future. Figure out how long it’s gonna take you to write and record and mix and master. Get the artwork, the concept.  It takes a long time. Writing an album is not an overnight thing. This whole album is a combined process of over three years of work.  Some people can go into a studio and bang out 12 songs. Typically, with something you really care about you wanna be happy with it, take your time to promote it so as many people as possible can hear it.

Cooper: Don’t limit yourself on what you can do sonically. Try a lot of different creative things with the recording because you can always go back and change it. Give yourself more songs than you need so that you can pick and choose and the album can have a character of its own, like a novel. And definitely give yourself a good cushion to promote it and also work with a PR company.

Mike: Ten percent of it is writing music. The rest is business or work. Consider that each member has different skills they can contribute.  It’s a group effort. If everybody can find a way to pitch-in in a way that the others can’t, it really helps to make the train roll faster.

US Rocker: What are some of your favorite spots, locations, areas in Los Angeles? What makes them your favorites?

Brandon: I love the westside where the beaches and the fun people live.  We also tend to have the most fun shows with weirdos on the westside.  It’s where we got our start.  Oh, and I love WeHo.  It’s a magical place.

Cooper: I love my bedroom.

Mike: Every Saturday, Lauren [his wife] and I walk down to Sawtelle where there’s a bunch of nice restaurants and people.

Cooper: I like going to concerts. The Lodge Room, The Bellasco, The Teragram Ballroom. I just went to Zebulon for the first time a couple months ago. That place is the bomb. 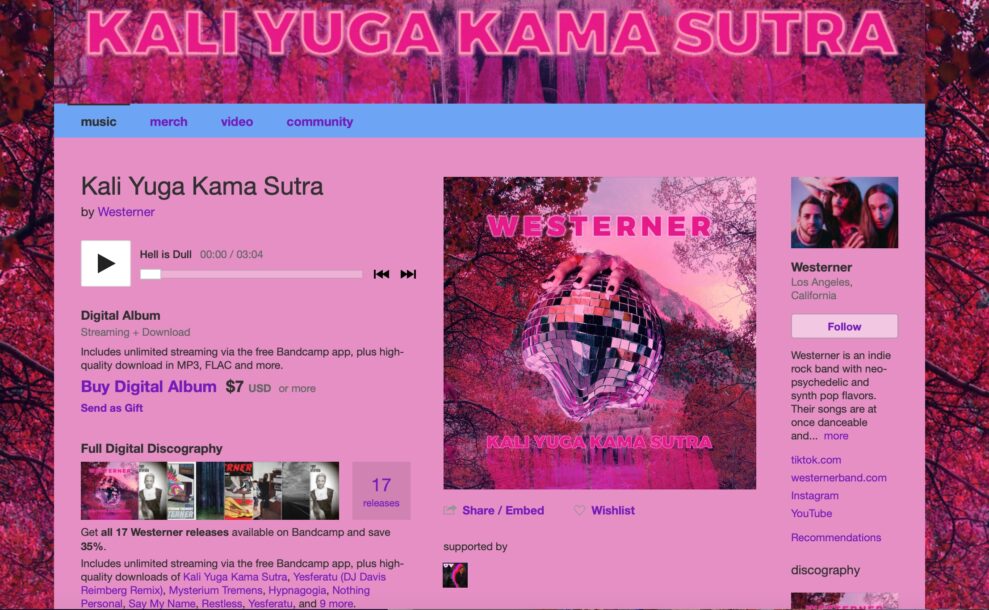 Photos + Review by NOTES FROM VIVACE Letters to Cleo played to a crowd that spanned the generations at the Troubadour on Friday night with Generation X going to the front of the stage. For […]

Photos: Wet Leg Captivates Boston While on Tour Across the US through March 30

March 9, 2022 News East Coast Rocker®, Musicians Comments Off on Photos: Wet Leg Captivates Boston While on Tour Across the US through March 30

Photos by PAUL MCALPINE Wet Leg captivated Boston the other night and are on their way to conquer the entire world. The beloved young UK band has been humbly rocking their way across the U.S.A. […]

Edited By JOHN DALY   The Los Angeles Philharmonic Association has released the menus for the 2019 Hollywood Bowl Food + Wine season.   Check out the Hollywood Bowl Calendar here.   In its fourth […]