INGLEWOOD, California – Guns N’ Roses is set to play the new SoFi Stadium on August 8, making them the first rockers to perform at the brand-new venue. In the meantime, the Los Angeles Rams posted a pic of construction progress at the Inglewood venue.

Before Guns N’ Roses hits the stage at SoFi Stadium, the new home of the LA Rams and LA Chargers will first host Taylor Swift in July and Kenny Chesney in August.

Guns N’ Roses kicks off the North American Summer Tour on July 4 in Milwaukee before making its highly anticipated arrival at the ultra-modern Inglewood stadium. 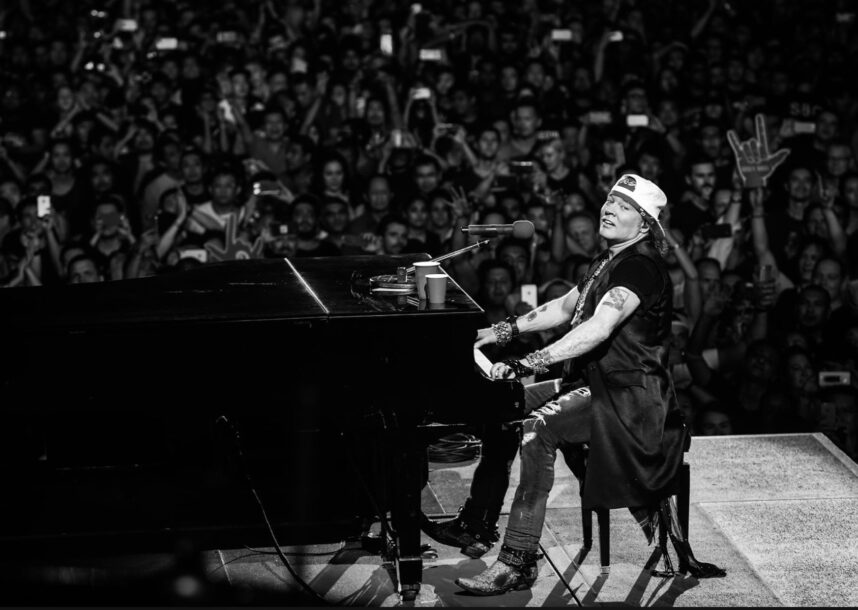 Tickets for the GNR show at SoFi Stadium are available here.

Meanwhile, the construction on the home of the Los Angeles Rams and LA Chargers is coming along. The Rams posted a pic of the new translucent roof going up at SoFi Stadium. Check it out here.

SoFi Stadium will host some of the world’s most important upcoming events after it opens this summer. In addition to being the home of the two Los Angeles-based NFL franchises, SoFi hosts Super Bowl LVI in 2022, the College Football Championship Game in 2023, and the Opening and Closing Ceremonies of the Olympic Games in 2028.

April 3, 2016 News Musicians, News, Video Comments Off on Guns N Roses Makes it Through The ‘Suprise’ Troubadour Show – Now On With the Tour

By JOHN DALY – Guns N Roses kicked off their “Not In This Lifetime” reunion tour with a rockin’ show at The Troubadour, the place where it all began. Guns N Roses will play 24 […]

Keith Levene Recalls Joe Strummer Was ‘Very Sincere, Very Generous’ Guy Interview © 2016 IVOR LEVENE, Photos © MELANIE SMITH I recently sat down for a long discussion of happenings past and present with the […]