Trent Reznor and Nine Inch Nails got in a tuneup for their “Cold and Black and Infinite” tour with three nights in Las Vegas.

The band played crowd favorites as well as tunes off their upcoming album Bad Witch, to be released June 22.

One of the tunes on the new Nine Inch Nails album Bad Witch, is called “Ahead of Ourselves.” Check it out here:

Like at FYF last year, Nine Inch Nails performed the Bowie cover “I Can’t Give Everything Away,” and wrapped with “The Hurt.”

The Nine Inch Nails Cold and Black and Infinite tour features multiple stops in the biggest cities across the country, kicking off in Phoenix and wrapping at The Palladium in December. 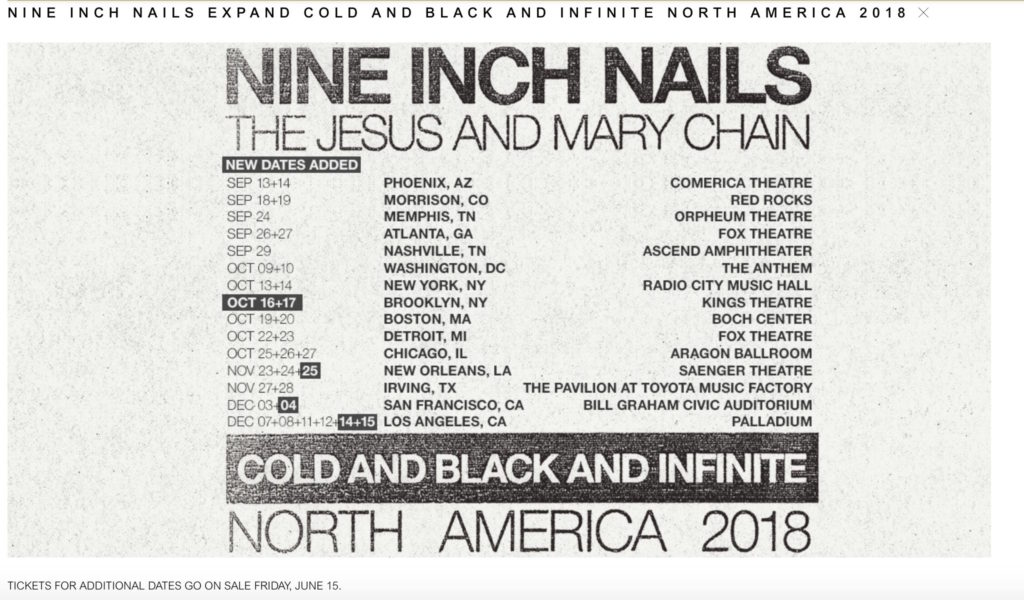 No Doubt, Metallica, Help Save The Day for Rock In Rio USA

The Fan Vote on Rock and Roll Hall of Fame was so Off-Base, Is Google to Blame?

January 15, 2020 News Technology, The Latest Comments Off on The Fan Vote on Rock and Roll Hall of Fame was so Off-Base, Is Google to Blame?

Commentary by DONNA BALANCIA It’s the first time in recent memory that the top fan votes did not give an indication as to who would get into the Rock and Roll Hall of Fame. It’s […]

By DONNA BALANCIA Lady Gaga and Bradley Cooper performed a heartwarming duet of their song “Shallow” in Las Vegas that rocked Little Monsters around the world.  The emotion-evoking video of last Saturday night’s show struck […]