Check out the new video from Gorillaz as the dynamic band confirms it will drop the new album Humanz on April 28.

Gorillaz have been busy.  In addition to announcing the re-issue of Demon Dayz through Vinyl Me, Please, the group has reconvened with new featured artists and collaborators. 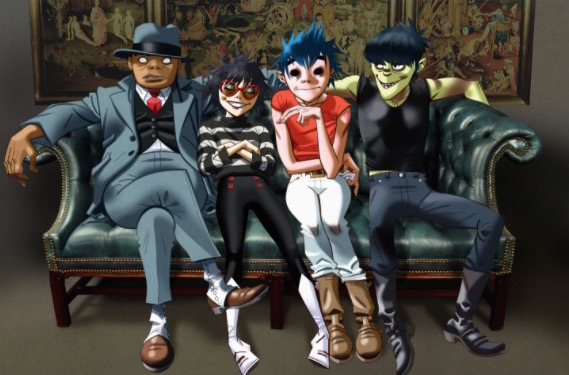 The full track listing for Humanz is:

The band hit UK radio to play the new songs off Humanz, a 19-song double album that features the likes of Grace Jones and other top guest contributors.

The Super Deluxe Vinyl Box Set of the new Gorillaz album Humanz is presented across 14 individual pieces of different coloured 12” vinyl), packaged in individually art-worked sleeves. Each piece of vinyl features an album track, backed with an exclusive alternative version.

This format is expected to ship in late-summer, with a download code to be sent on album release on Friday April 28th.

On Friday, there will be a show for UK fans at an undisclosed location.

By DONNA BALANCIA Jehnny Beth has released the new video for “I’m The Man,” a track featured on the new soundtrack for the UK TV show “Peaky Blinders.” The video is introduced via spoken word […]

Will Liam Gallagher and Noel Gallagher Finally Be Getting Back Together After 10 Years?

November 11, 2019 News Musicians Comments Off on Will Liam Gallagher and Noel Gallagher Finally Be Getting Back Together After 10 Years?

By DONNA BALANCIA  Could Oasis brothers Liam Gallagher and Noel Gallagher be getting back together? Chances are good, but the long-anticipated reunion may likely be at Liam’s upcoming wedding to manager-girlfriend Debbie Gwyther, and not […]