Car Seat Headrest opens its album Making A Door Less Open with “Weightlifter,” which has a noisy intro akin to a mosquito buzzing in your ear and awakening you up in the middle of the night. It’s one jarring call to attention, indeed.

When the act’s vocalist Will Toledo’s voice comes in, his words take on a decidedly philosophical tone. He’s always believed, he tells us, that “thoughts can change your body.” But then it dawns on him “your body can change your mind.” He philosophizes with that distinctive slacker/hipster voice of his. This striking opening sonic/lyrical combination announces how we’re all in for a bumpy ride.

The next track begins with Toledo singing up in a falsetto register, before returning to his more comfortable lower vocal range. This song’s title alone foreshadows much of what’s to come after it with its chorus “Can’t Cool Me Down.” He is expressly hotheaded on a rant called “Hollywood.” Toledo sing/screams it much like Beck did on some of his earliest recordings. Its chorus tells us exactly how he feels about tinsel town, and it’s not pretty. “Hollywood makes me want to puke.” He later takes on the voice of a movie mogul by promising, “I can make you famous/I can make you something.” These ‘sin-ema’ indictments are nothing new, but Toledo’s vitriolic critiques nevertheless come off fresh and sincere. 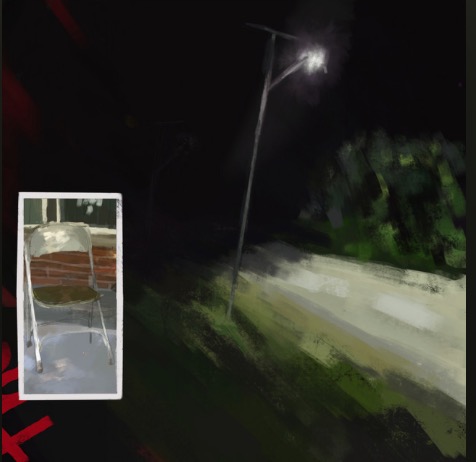 Many of these tracks include off-kilter keyboard and guitar effects. It’s oftentimes a noisy project, but it’s also emotionally charged noise, which makes the band’s musical cacophony appropriate. Midway through the album, though, the band gives us “Martin,” which is kicked off with an aggressively strummed acoustic guitar. Later, the minute-and-a-half “What’s With You Lately” comes along, and is just Toledo and an acoustic guitar, one that leaves him sounding like a mournful Neil Young.

The album’s closer, “Famous,” appears to once again explore Hollywood’s well-known shallowness. Maybe it’s about the same character considering returning to Oklahoma in “Hollywood.” Against a quirky keyboard backdrop, Toledo sings of one who longs to find “a life that’s right,” and would “spend any amount of money to get away from here.” This song could be about any dissatisfied individual, but the ‘Famous’ title strongly suggests it’s about somebody who feels trapped in an entertainment business nightmare.

In addition to the opening moments on “Weightlifters,” there are a few other places that strike one as indulgent tumult. “Hymn (Remix)” is just such a one. It’s titled “Hymn” because lyrically it’s a prayer. Toledo’s voice is monstrously altered while fighting against a bizarre electronic arrangement. It’s as though he’s engaged in a battle with temptation, when Toledo begs his maker, “If I give this up, will I be saved?” The track’s arrangement also works in some madly psychedelic electric guitar moments.

Making A Door Less Open is undoubtedly one wild ride. Will Toledo may sound a tad lost at times, but his is also the sound of one man desperately trying to find his way home. It’s been said that life is more about the journey, than the destination, so hold on tight. You’ll be glad you you’ve traveled with Toledo. 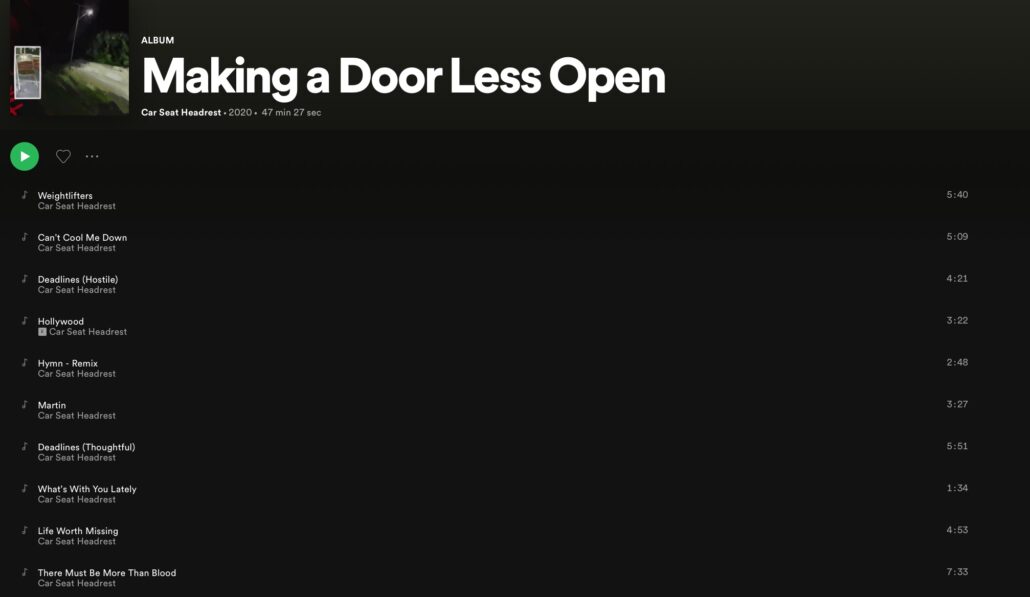