The Great Sadness, the Los Angeles duo of Cathy Cooper and Stephen McNeely, adhere to the old saying “Walk softly but carry a big stick.”

Refreshingly, their music does not hit people over the head, but instead, gives the listener something to think about. Their take on the state of the world has a lot of passion without the preach. But The Great Sadness is laying out the facts as they see them and it’s up to you to take action on some dire warnings. 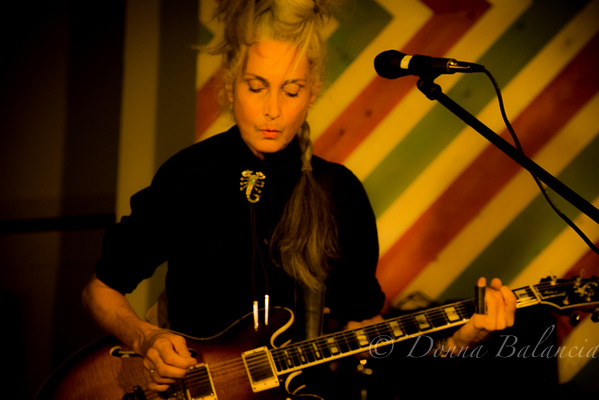 Cooper has a vocal range that drops from the pit-of-your-stomach low to the highest operatic notes, and her guitar work is simple but masterful and straightforward. With McNeely’s most deliberate and effective drumming, the two make two sound like four or more, and give the listener some choice food for thought on a range of topics.

The duo, who have played the local hangouts for a few years, have a lot to say about today’s state of affairs. Many of their songs start out tame enough, but then blast the listener into a wild freeform protest almost as if Woody Guthrie turned punk. 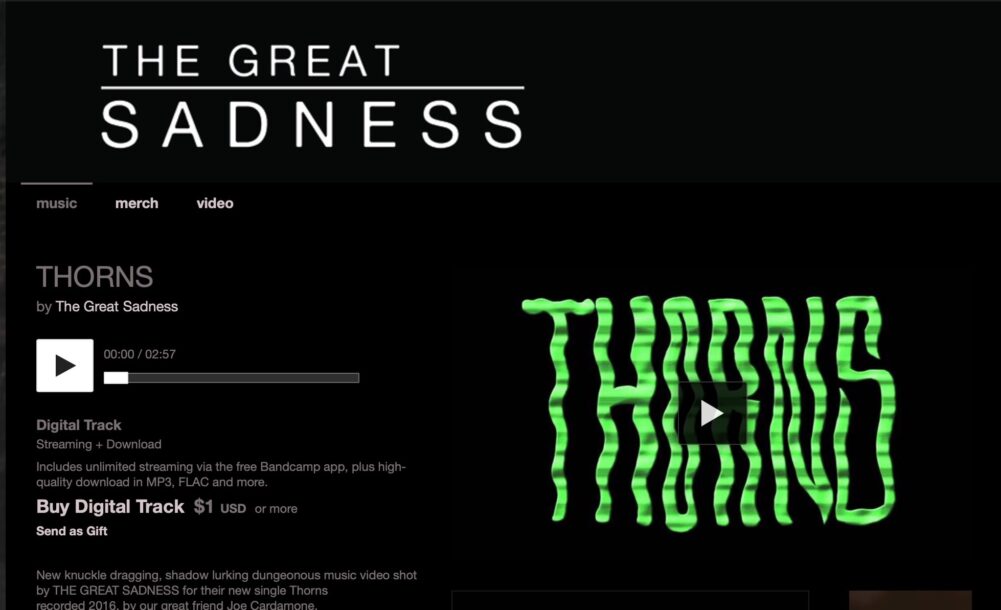 It’s clear The Great Sadness has been influenced by the classics. The music sounds like the result of blending the sensibility and beauty of Joni Mitchell with the haunting modern rhythm-driven sound of Robert Plant and the Sensational Space Shifters.

The songs by The Great Sadness only support the band’s name. Mainly because the topics are not exactly happy and upbeat, but often instead focus on issues about life that we face today.

Cathy and Steven took time for a Q and A recently after a Bands in a Barbershop gig on Sunset.

GS: We have a record coming out in the fall called ‘Thievin,’ as in thieves are stealing our souls.

CR: Oh, is that happening at this moment?

CR: That’s not good. Is there a theme to your new album?

GS: It’s always about death, destruction and mortality and that thing. It’s a spiral into the void. You know, light things.

GS: Probably both. From the point of writing, lyrically, both past and present.

CR: What is the genre of music you play?

GS: We like to think of it as Feral Goth.

CR: Do you have some words of advice for aspiring musicians?

GS: Practice. Find people you really connect with in music and humanity. Connect. Be in the room with those people and play like motherfuckers. Make music a priority and don’t dick around.

The Great Sadness plays The Lexington on June 27 and The Redwood on July 17 and during Echo Park Rising the band plays Little Joy on Sunset on Aug.18.