The songs to David Byrne’s 1986 feature film True Stories have been assembled as a complete collection and will be released on Nov. 23.

The album True Stories, A Film by David Byrne: The Complete Soundtrack captures the music of the quirky vignette-style movie which costars John Goodman, Swoozie Kurtz and the late Spalding Gray. 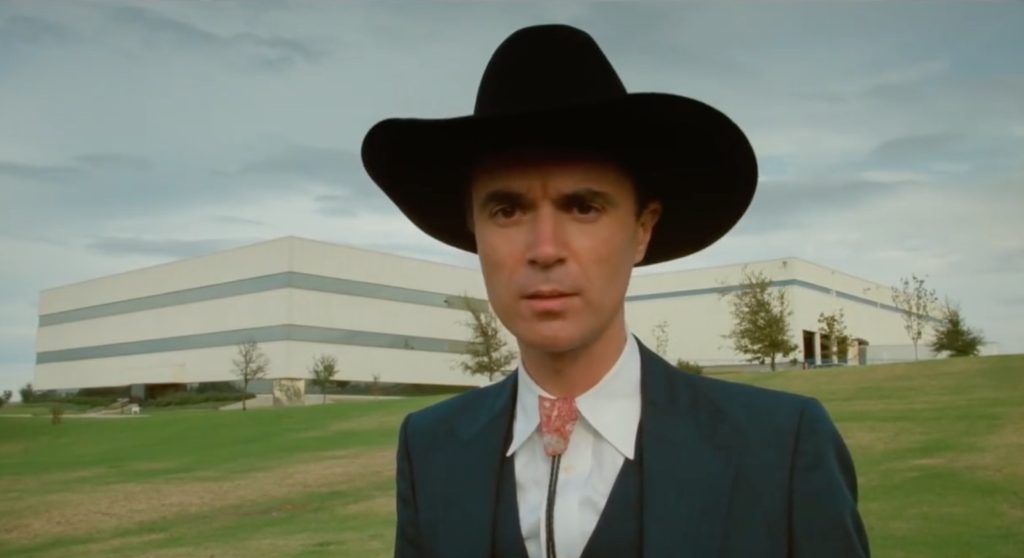 True Stories, A Film by Davide Byrne: The Complete Soundtrack is the comprehensive soundtrack from Byrne’s foray into feature film directing. The soundtrack has 23 songs, collected for the first time in one package, in the order they are presented in the movie. The soundtrack, available Nov. 23, can be pre-ordered here: http://smarturl.it/TrueStoriesComplete

‘True Stories’ Music ‘Heard As It Is in the Film’

“I always imagined that the music written for True Stories should be heard as it is in the film,” Byrne said. “It makes the most sense this way. Me singing the song that was written for John Goodman’s character always felt weird to me. It was written for that character, not for me.”