Moon Unit Zappa and Rain Phoenix are leaving no stone unturned in finding musicians and artists who are “left of center” on their new podcast Launch Left.

“I’m brassy, and Rain has a peaceful demeanor and we’re celebrating opposites,” said Zappa, the daughter of the late, great musician Frank Zappa.

“We’re like the Lennon and McCartney model, we’ve known each other many years,” said show co-host and co-creator Rain Phoenix, the sister of the late River Phoenix.

Together the girls interview some of the most well-known as well as up-and-coming artists.  The show is on weekly and can be found on iTunes, Stitcher and FeralAudio.com.

“We felt there were a lot of left-of-center leaning artists,” Rain said. “I said, ‘Moon what about a Podcast?’ When we were recording we realized we should do it.

While they are successful business women on their own, being members of Hollywood royalty doesn’t hurt in getting top names on the show, the duo said.

“It’s more of an insider chat, and we have the chance to get better bigger names,” Moon said. “To some extent, we’ve had these relationships. We’ve been in the industry, we have relationships and we’re inspired by the people, and we want to share that.” 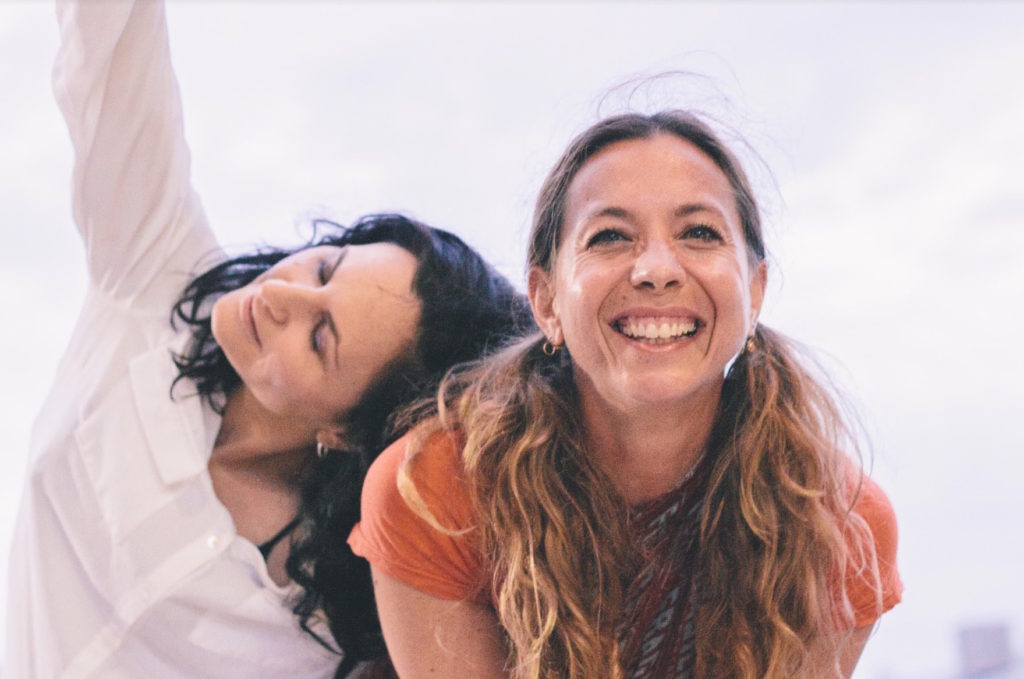 The show is mobile, Rain said.

A recent episode with Moby had the alternative activist musician talking about new bands he likes. But Moon and Rain also get in their own two cents.

“We do something called Moon and Rain Picks, where we dedicate a show to an emerging artist.”

The women want to try different things with the show, going live and interviewing people behind the scenes.

“We’d like to do live concert audio,” Moon said. “We already tried when we interviewed Debbie Harry after a concert you can hear all the background noise and that’s cool but it requires effort.”

Each show is 40 minutes to an hour and it’s a free-flowing structure.

They’ve had some fun times, they flew to England to interview Kate Bush and had lunch with Jeff Beck and crashed a Salman Rushdie’s house.  Not bad for two “Valley Girls.”

“I’m not from the valley, actually,” Moon said in dispelling a longstanding belief that her dad’s mainstream hit “Valley Girl” was about the regional dialect where she grew up.

Moon actually grew up in Laurel Canyon. It’s Rain who grew up in the valley: Sun Valley, Idaho, that is — and Florida.

But there’s no place like home for these two when it comes to artistic inspiration.

“Any time you’re in an area where people are taking risks it’s an exciting place to be,” Moon said.

Moon Unit and Rain and the Selection Process

How do they pick their guests? The guests on the show are selected for their achievement, their inspiration and their ability to live their lives left of center.

“The reason I think Laurie Anderson is interesting — I mean just listen to her music,” Moon said. “About Mario Battali, he came to New York city with $100 in his pocket and chose to do it his own way. These are people who elevate the thing that they’re good at — it’s all about excellence.”

“This was an idea I had come up with about a year ago,” Rain said. ” I said, ‘Your family, your dad, Frank Zappa, is the angel of “Left of Center,”‘ this is what he was always. A friend happened to be visiting. Originally we wanted to stay behind-the-scenes then our friend Josh Tholme said ‘You guys should be interviewing people.'”

“We want to tell people that when you hear of someone being different, we hope it inspires. Each one of us is a curator of our own lives and we have to help each other.”

How did they meet?

Both Moon and Rain lost loved ones in 1993. What is their advice to get through the overwhelming sadness?

“Accept that your feelings are real,” Moon said. “Cry as long and loud as you need to. My dad died in 1993 and I miss him terribly.”

“I would say live every day as if it’s your last and treat people like you’re not going to see them again,” Rain said. “Life is fleeting and we should live every moment to the fullest and celebrate and honor each person who touches your life.”