Dan Harper has been coming up with some gems while rifling through his closets during lockdown.

The upbeat music on the ancient TDK SA90 cassette was recorded straight from the mixing desk and yields all the depth of a modern feat of engineering.

The live performances from Invisible System Live in Brighton 1996 and Brixton 1997 eminated from where Harper was based before Mali and Ethiopia and after Bradford-on-Avon and Stoke-on-Trent.

The tracks were written in a small flat by Queens Park where Harper hung out by day and night — in-between writing and studio sessions. He used very primitive gear, he said, “with a big sub bass habit to make the flat windows shake.”

The same went when he lived briefly on Railton Road in Brixton, he said.

“These were written with a cheap sampler with 2 outs, a cheap desk, a couple of synths and a guitar played live in with nothing to record onto and went straight to tape for the live performances.” 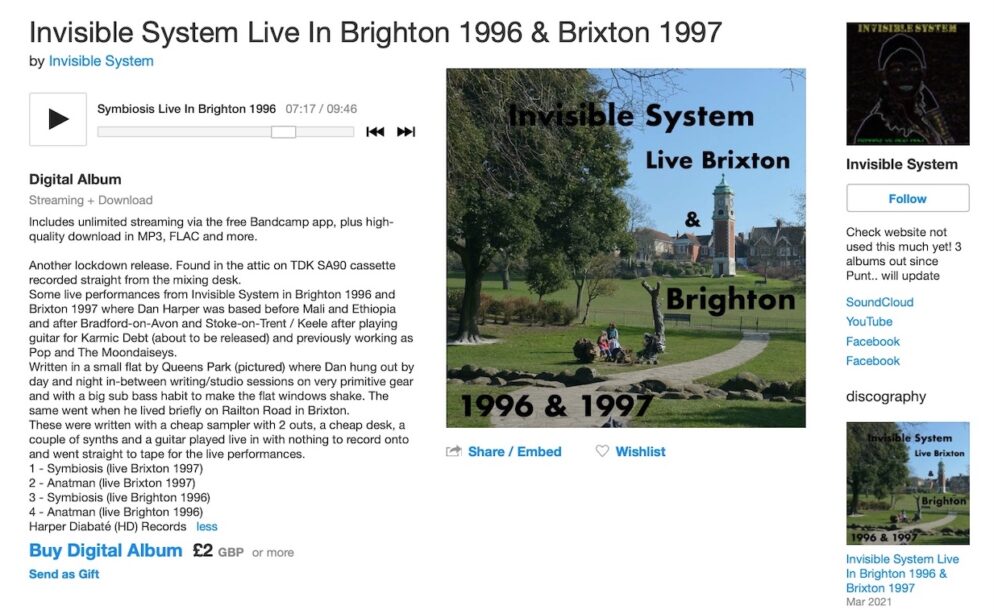