Villains in Vogue had a great outing the other night at Silverlake Lounge as Mick Scott and his new band impressed the crowded room of the faithful. 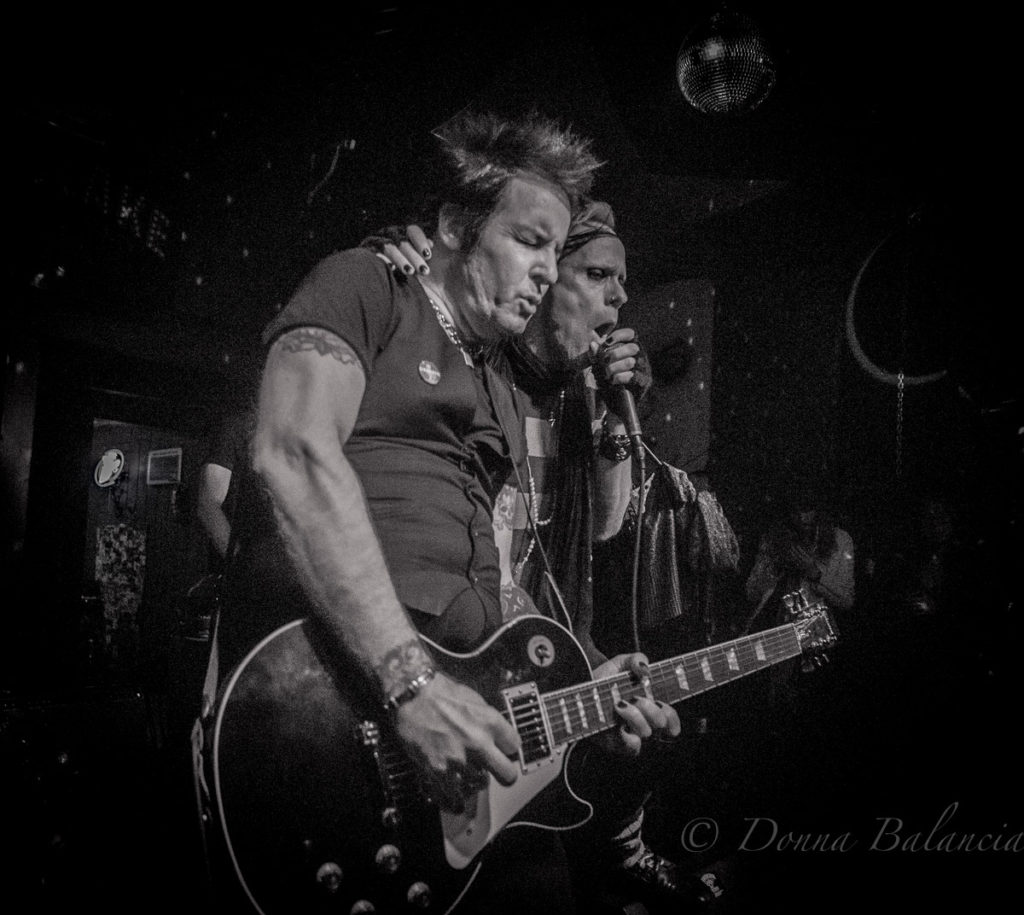 Mick Scott and That Sense of Humor

Inviting people with a photo of Rocky Horror Picture Show bearing the words “Be One of Us,” there was enticement on the social media. One thing about Scott — he has an excellent sense of humor, something his bandmates appreciate. Scott could as easily be a stand-up comedian as rock and roller, but it’s clear he is taking advantage of his musical talent and tremendous stage presence.

Early Bird and the Performance

Scott’s fastidious about his career.  He’s in the gym at an ungodly hour each morning running his five miles around the track. 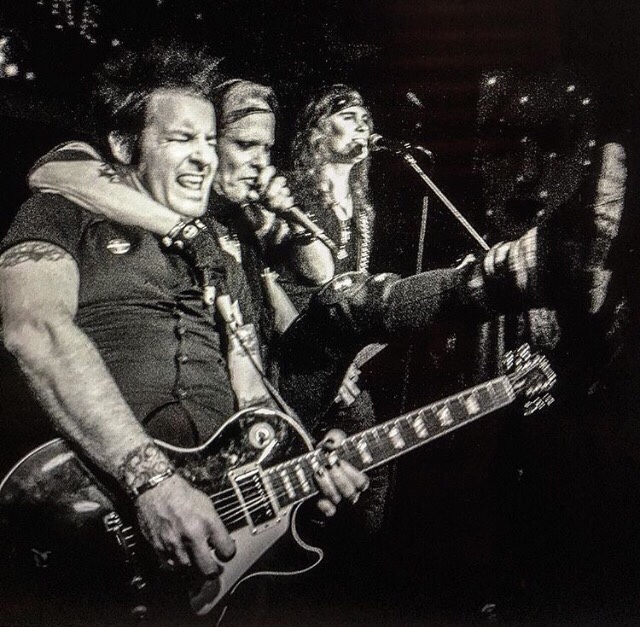 That’s the reason he’s able to leap into the rafters — or in this case on top of the bar — during shows and put on his extremely powerful and warm performances.

Villains In Vogue Blow it Out

His new band is comprised of Justin Sane on guitars and vocals, Jeffrey Shapiro on drums and Matt Bachman on guitar.  All the guys sing also and Justin is a main songwriter.  This is not your mother’s rock band. Well, actually maybe it is as “Mama Shapiro,” the mother of drummer Jeffrey, was in the audience showing her support.

New Bassist With the Band

The other night’s performance also gave the band a chance to try out bassist Bryan Kimes, who after the gig was announced to be a permanent addition to the band.  There is a lot of camaraderie on stage as the guys joke around and do their obligatory rock and roll poses the crowd expects and applauds.

The songs are pure rock.  The setlist was punctuated with ragers and intricately written ones, a few covers and a lot of high-energy good feeling.

Bones In My Closet 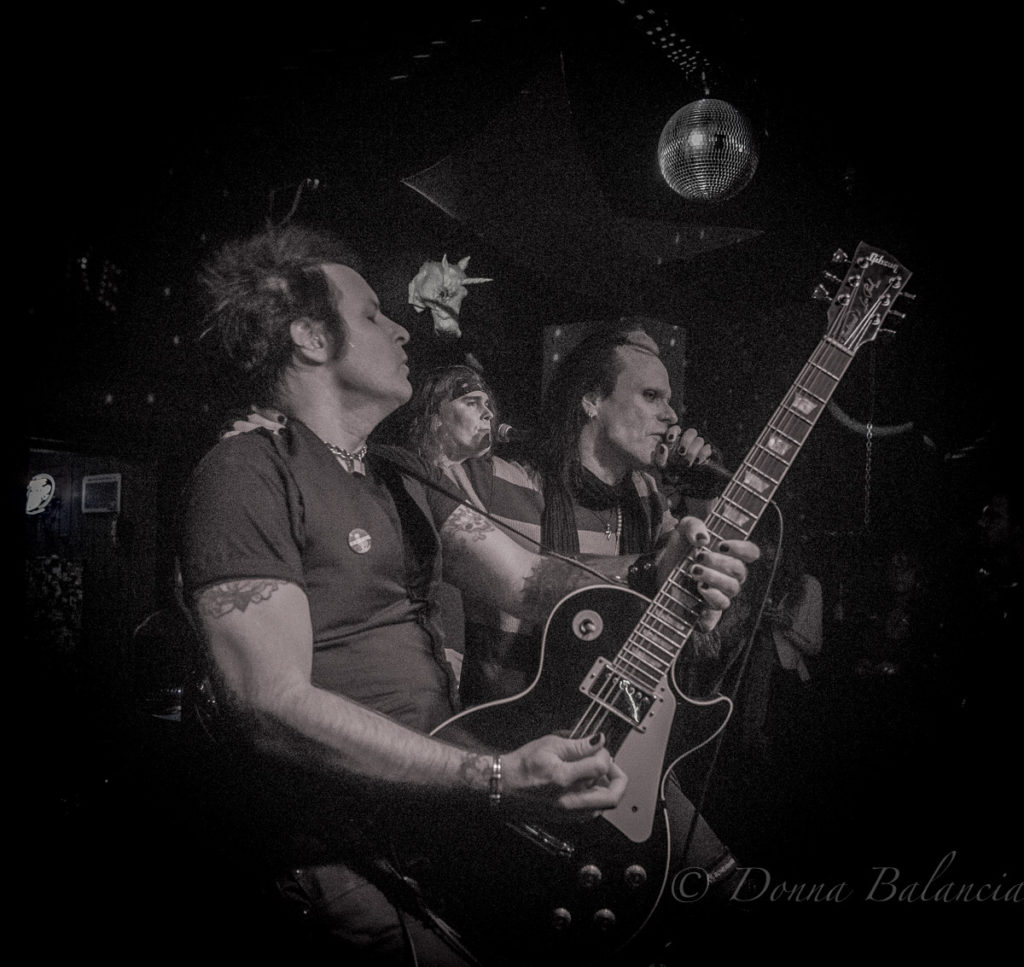 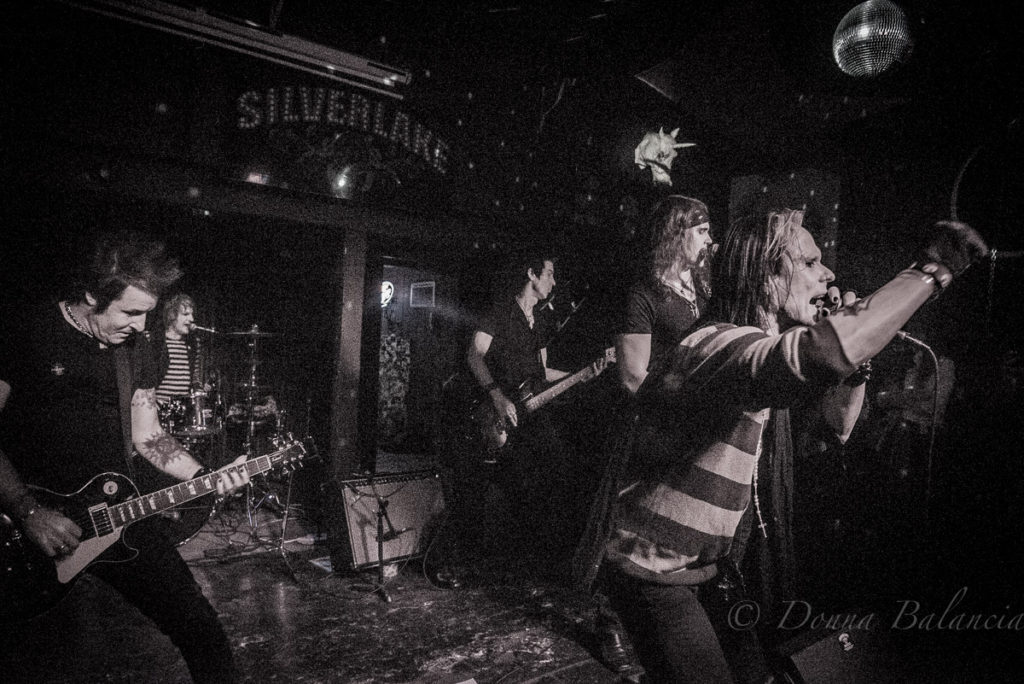 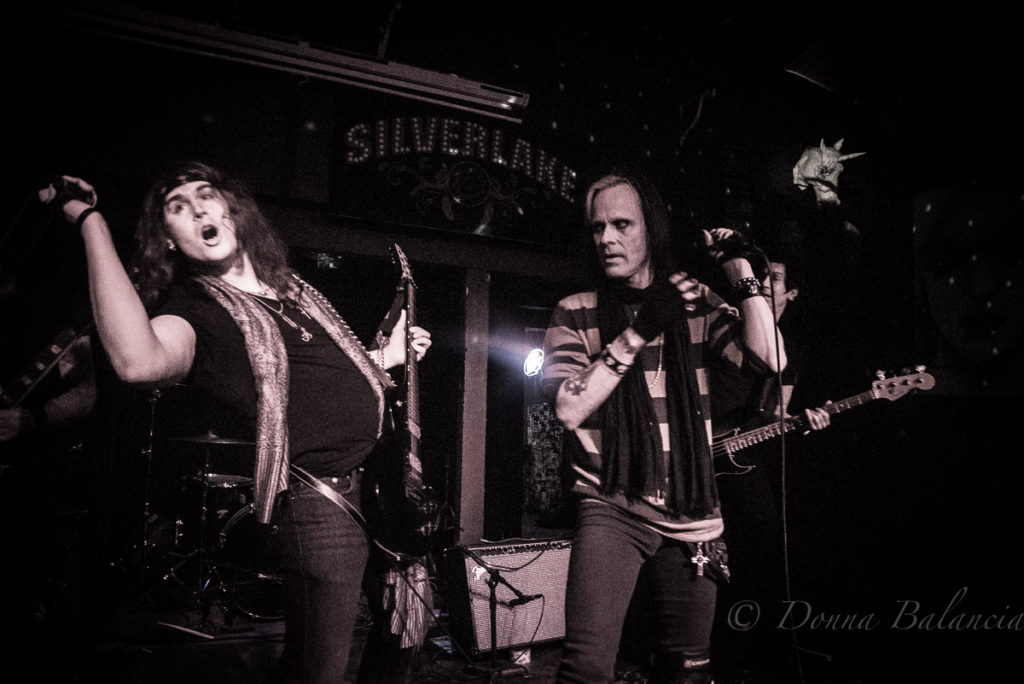 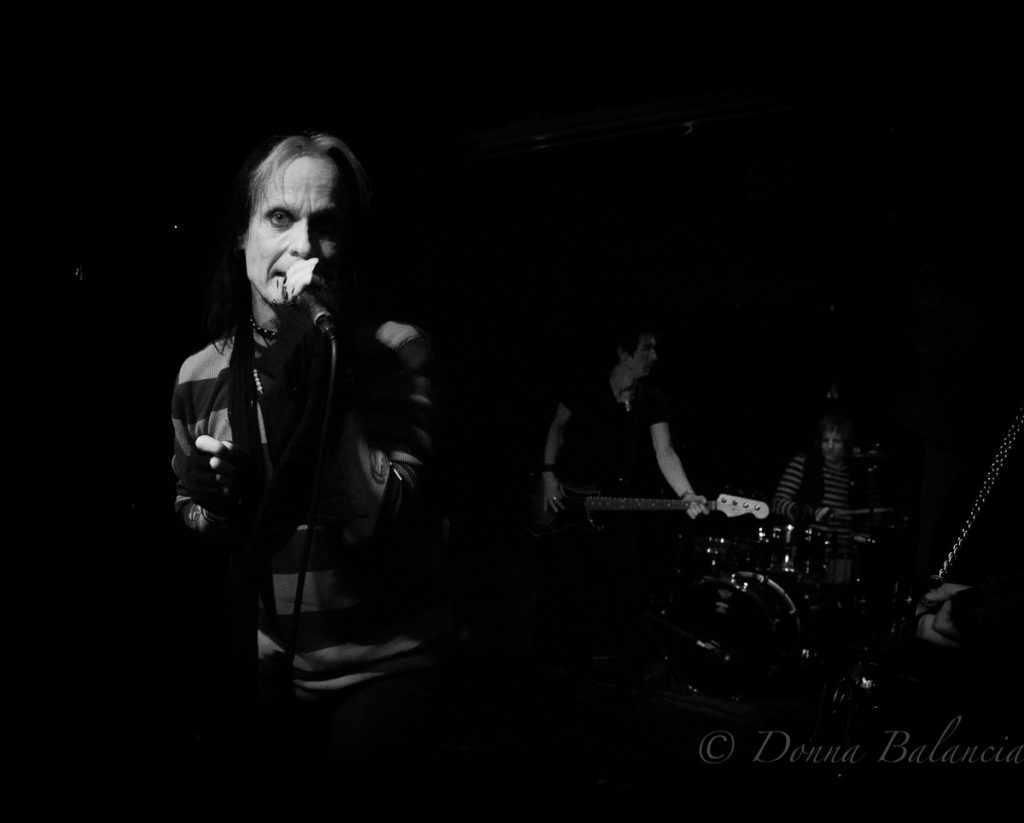