In a global economy, change and challenge must be accepted. Competition is tough and innovation is at a premium. The members of Moon Honey are succeeding in a new, uncharted, global music world by tapping artistic resources outside of the commonplace.

At The Teragram Ballroom, Moon Honey celebrated the release of their record Betta Fish. There was a good crowd, and Moon Honey also drew the fans at Echo Park Rising.  So the band’s captivating style of music seems to be casting the spell.

But In 2013, when vocalist Jess Joy, guitarist Andrew Martin and drummer Logan Baudean got together, this must have been a surprising act. After all, a stage-gliding, gown-and-headdress-garbed opera diva-cum-1940s pinup girl, accompanied by a leaping fuzz guitarist, was considered extremely different. But by today’s “anything goes” musical scenario, Moon Honey looks like genius for seizing the rare opportunity to create a new sound.

Whatever formula Moon Honey has put together to captivate the fans should be bottled and sold. Of course, it doesn’t hurt that the music is unique, the outfits are terrific and the songs are entertaining.

Moon Honey’s style of opera-meets-Rock ‘N’ Roll with Jess projecting her octave-stretching, warbly high pitch tones while Andrew leaps around wildly, is basically a new genre completely. This band has no problem being understood though and has no trouble communicating with the audience or with each other.

It’s amazing how Jess and Andrew get along, Andrew watches every move Jess makes as the two have a very carefully choreographed act.  They move apart, they move back, they circle each other and in the end they come together. It’s almost like two boxers with different styles dancing around the ring, sizing each other up.  We could use a few more unique acts like this in the morass of musical moribundity.

Kera and The Lesbians

Kera and The Lesbians was a great accompaniment on this night. It’s a wild ride as Kera knows how to manhandle the stage.  Not since Elvis have we seen the wide stance guitar-toting movements and we’ve never seen a woman attempt this much less pull it off.  The hair flips like Elvis and there’s even a sneer from the corner of Kera’s lips.

This is one of the most compelling and underrated acts around.  Kera’s music is very punk Americana/mellow Rockabilly and her finesse is unmatched.  The bandmembers go along with the act, even when she breaks her guitar as a finale.  Then she’ll pick it up and kiss it.

“She goes through a lot of guitars,” said her bandmember.

Warming up the stage was petite powerhouse Veronica Bianqui, who opened the night accompanied by an entourage: Go-go dancers, a brass section and a lot of personality. 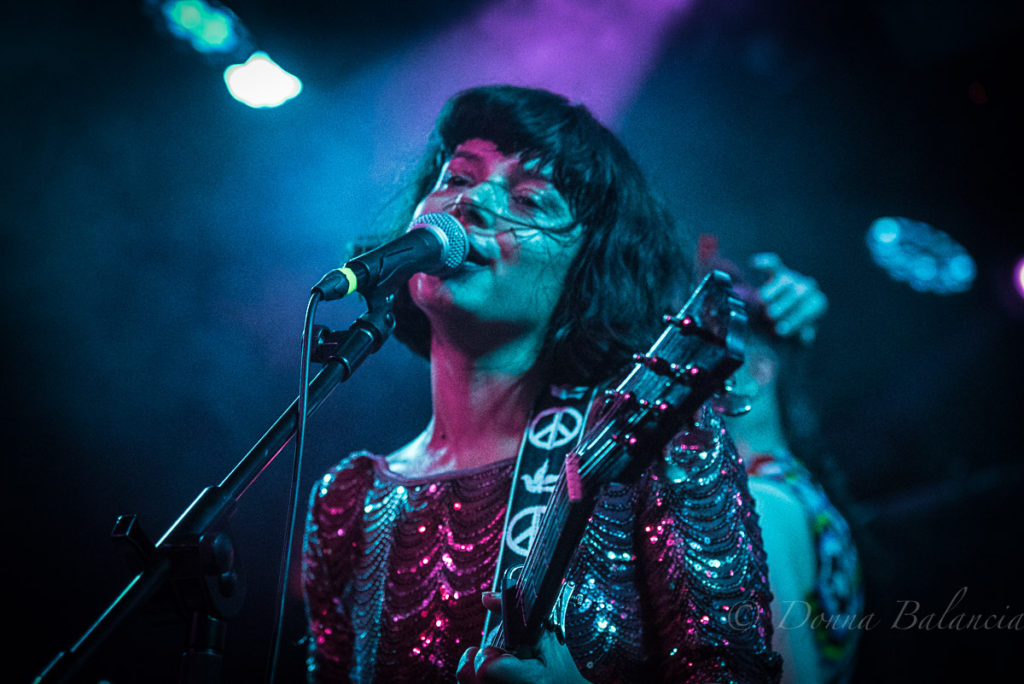 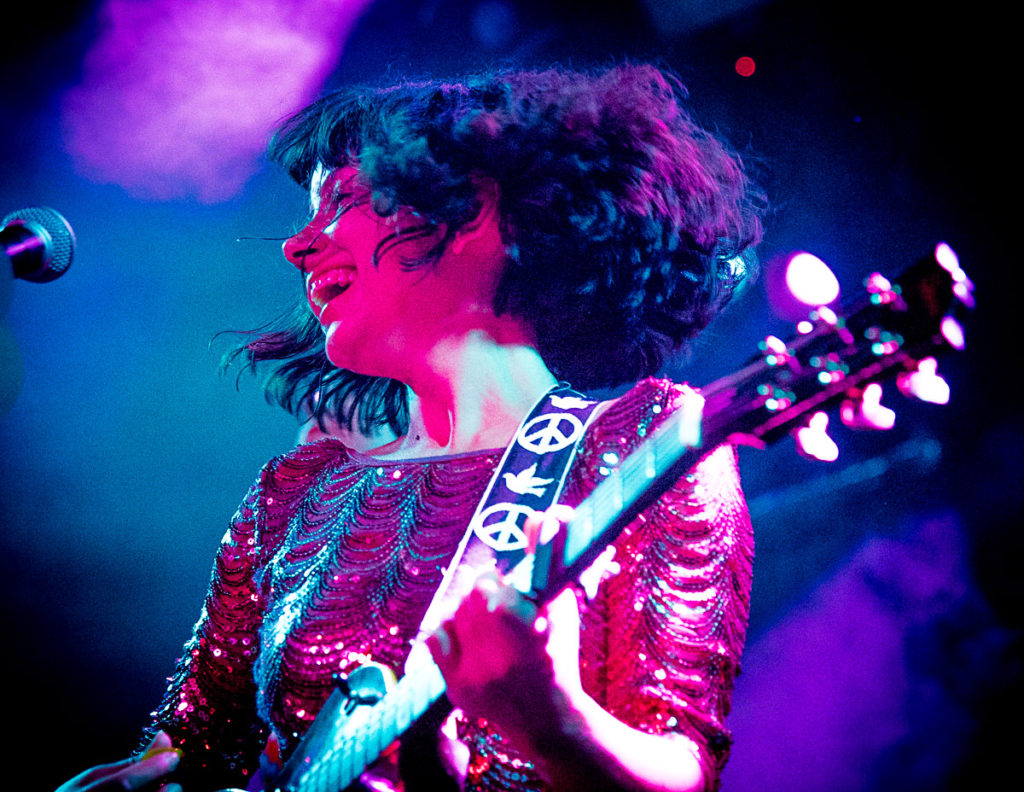 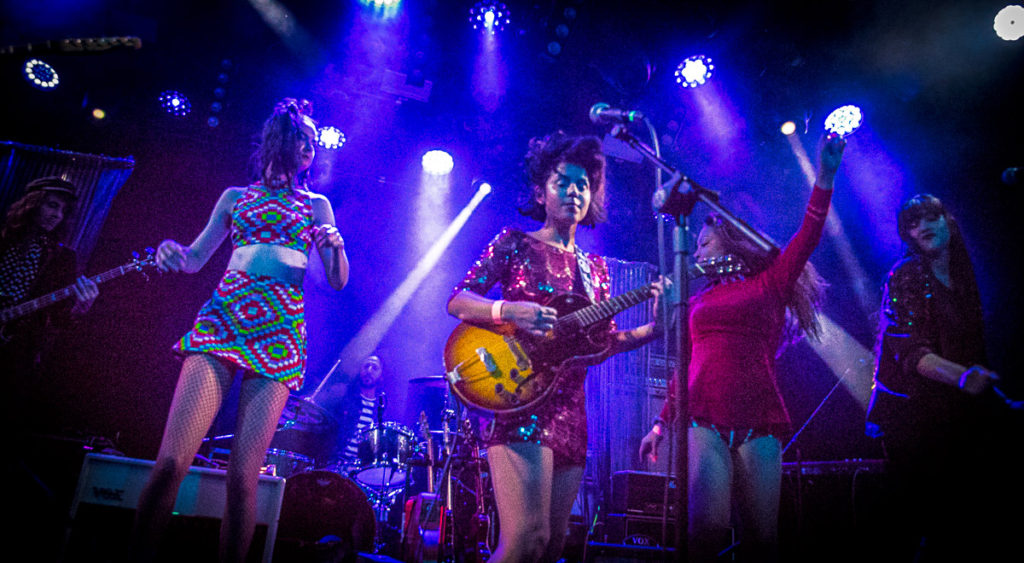 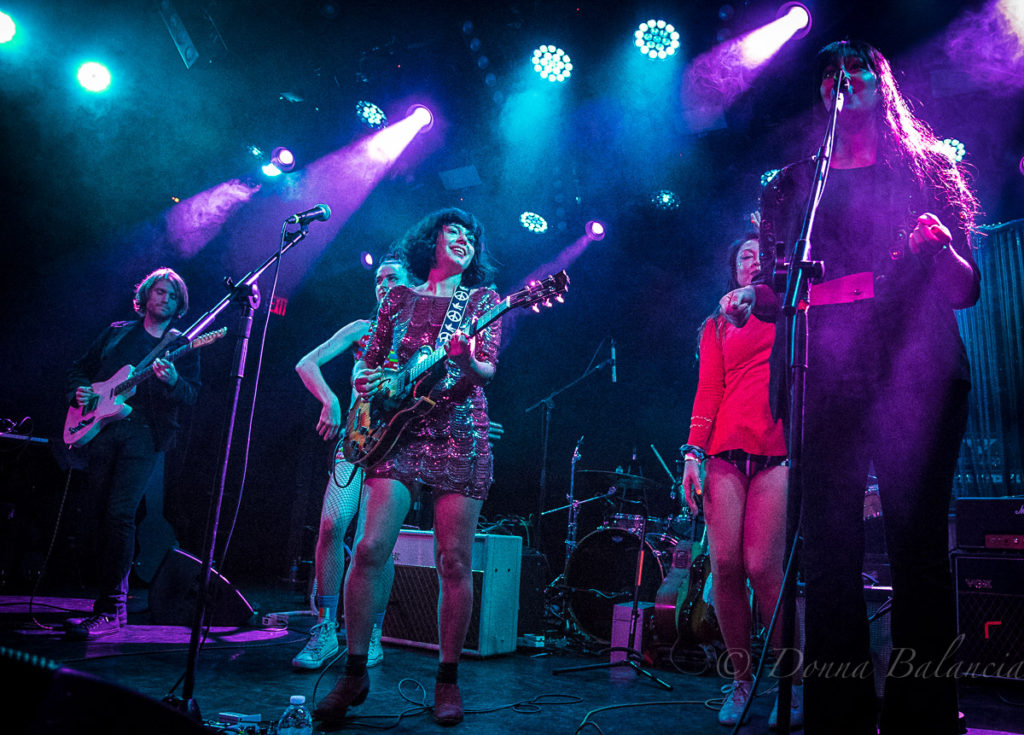 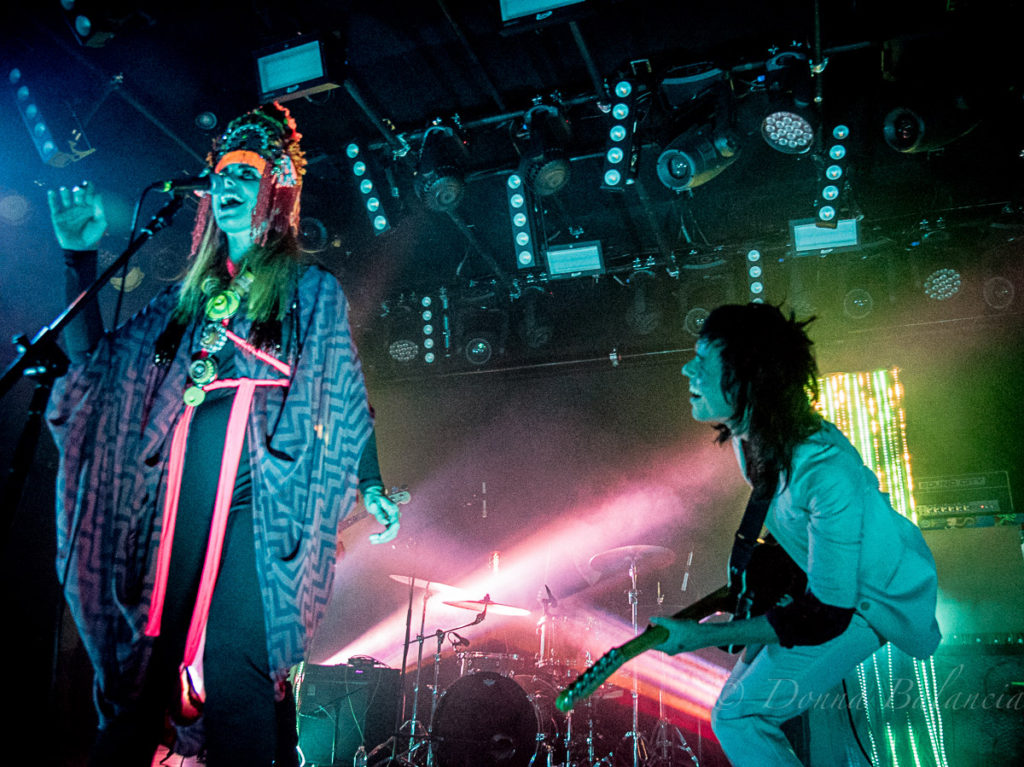 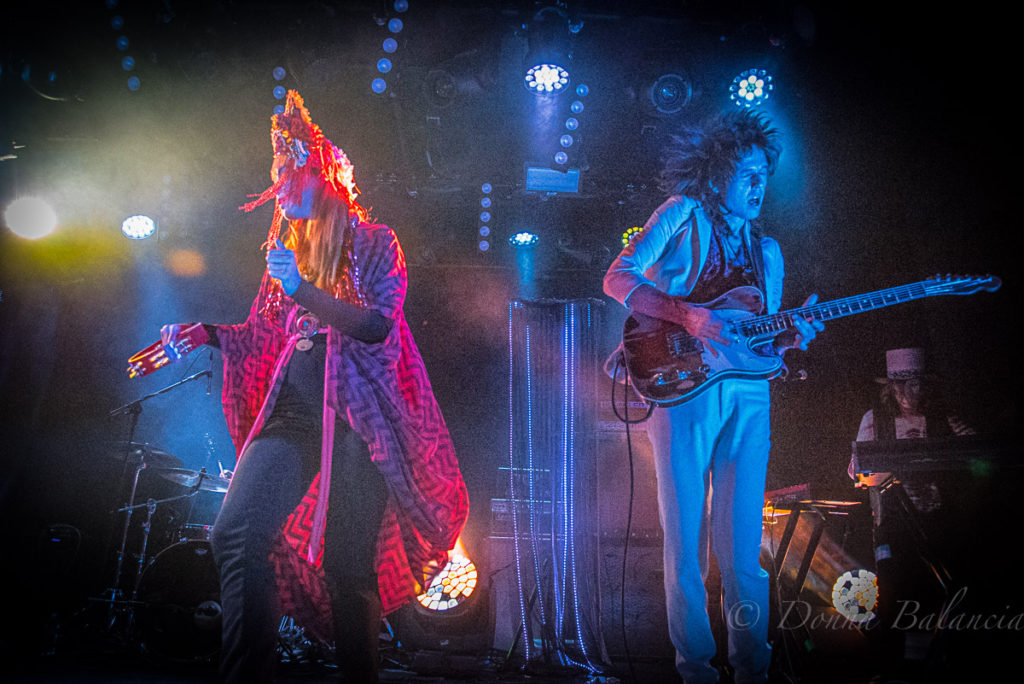 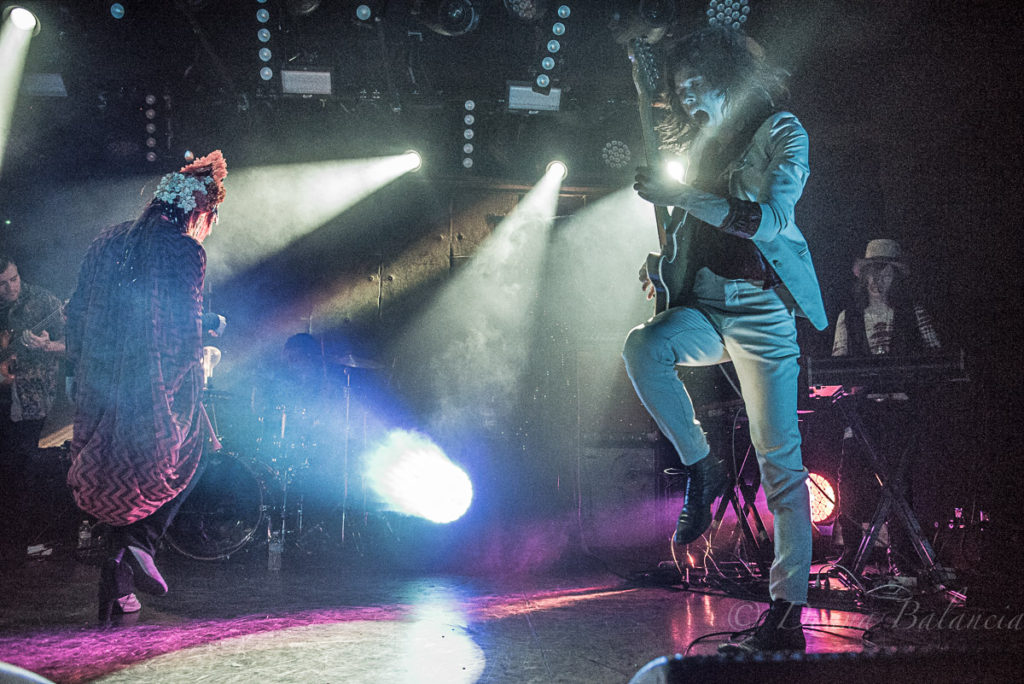 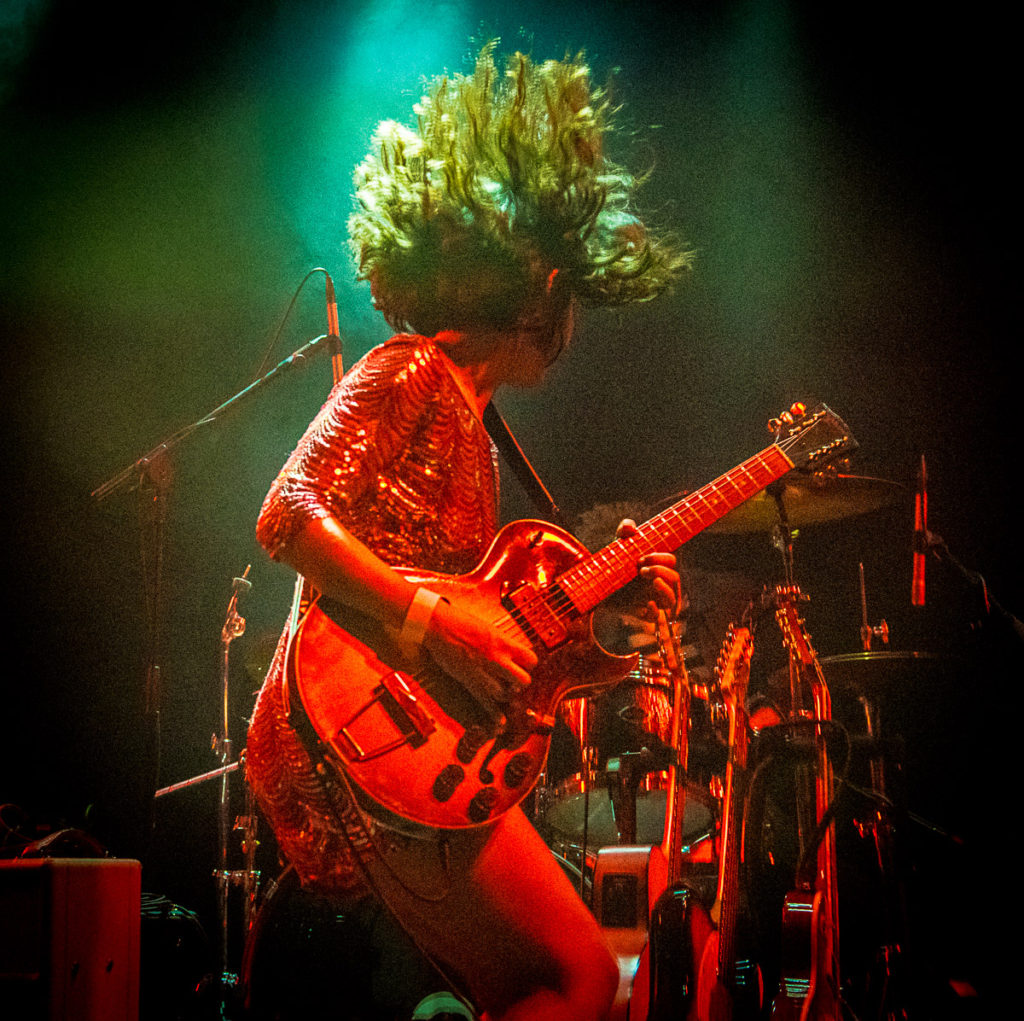