Photos and review by LUIS MORENO

LOS ANGELES – The Kills rocked on their second night of a two-night stop in Los Angeles touring the 17th anniversary edition of their groundbreaking album NO WOW. The duo moves on to New York June 10 and June 11.

Alison “VV” Mosshart and Jamie “Hotel” Hince did not disappoint.

The stage at The Mayan was dimly lit, but once Jamie and Alison, with her staple long blonde mane, stepped out, they were met with overwhelming applause. This was a show many people have been chomping at the bit to attend.

Check out The Kills’ music here.

The night started off with the title track “No Wow” a fan favorite.  As soon as the pulsating sonics reverberated from The Mayan’s sound system the crowd got moving. The entire night would be like that: One big, synchronized energy between the two on stage and those absorbing the speaker’s energy.

The Kills would continue to move on stage with Alison prowling in her leather pants and Jamie leaning into his power stance. Alison’s voice hasn’t dropped an inch, nor has her stage presence. She moves up there with sexy power, both physically and vocally.

Jamie’s gift for guitar was on full display. But to be honest my favorite part of his guitar repertoire is when he slips the acrylic slide on his finger to glide over the strings. The way he smoothly and raunchily varies and bends the pitch is incredible. Everything about The Kills is potent and tasty: The music, stage presence and true friendship between Alison and Jamie. 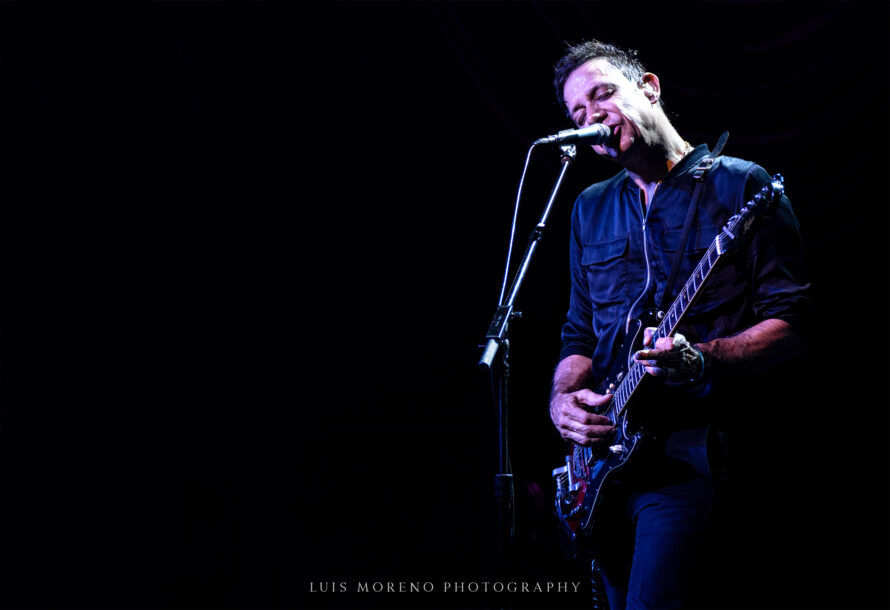 With every subsonic and audible sound from songs like “URA Fever”, “Love is a Deserter,” “Pots and Pans” to the indelible “Heart of a Dog,” The Kills raised the heat and bite of the evening’s menu.