LOS ANGELES – Dean Wareham is on tour promoting his latest album I Have Nothing To Say To The Mayor of L.A.  The title itself, I believe, tells one all they need to know about what Dean has been thinking lately. And seeing him perform in Los Angeles seems appropriate on this tour.

Dean gained a following during his days with the band Galaxie 500.  He left the band back in 1991 and has danced with partners like LUNA, and with his ultimate partner Britta Phillips. On this night at Zebulon, Dean was joined on stage by Britta, Roger Brogan and Derek See.

There are concerts about the “show” and there are those about the “music.”  This night was about the music.  Dean has never been known for let’s say theatrics. The reason I bring this up is because the fans there were very obviously long-time supporters of Dean. He would occasionally engage with the audience who seem to completely understand and vibe with his sense of humor. 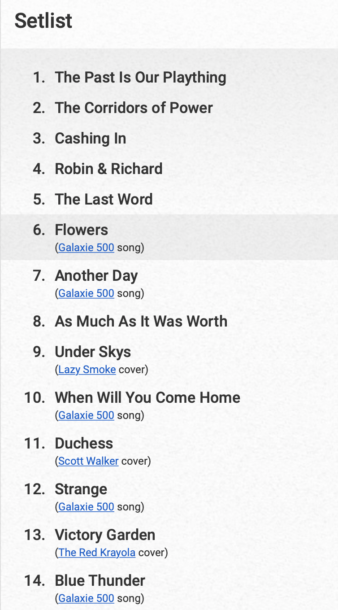 The setlist music consisted of songs from his days with Galaxie 500 (“Flowers,” “Another Day,” “When Will You Come Home.”) He would also perform songs from this current album, I Have Nothing To Say To The Mayor of L.A.  When the band stepped up on stage there was an incredible silence, a silence out of respect for the artist and his music.

Once the music started the instrumental technique and the intense atmosphere blended into an intelligent conversation. Each person would listen and process the aural effects that swirled in their brains. The crowd would lend their approval with smiles and applause. There would be the occasional woo-woo, which quite honestly seemed out of place, but was shouted with enthusiasm and love.

A Dean Wareham concert is about the music and active listening. And this form of listening conveys a mutual understanding between the band and listener, so, listen up! 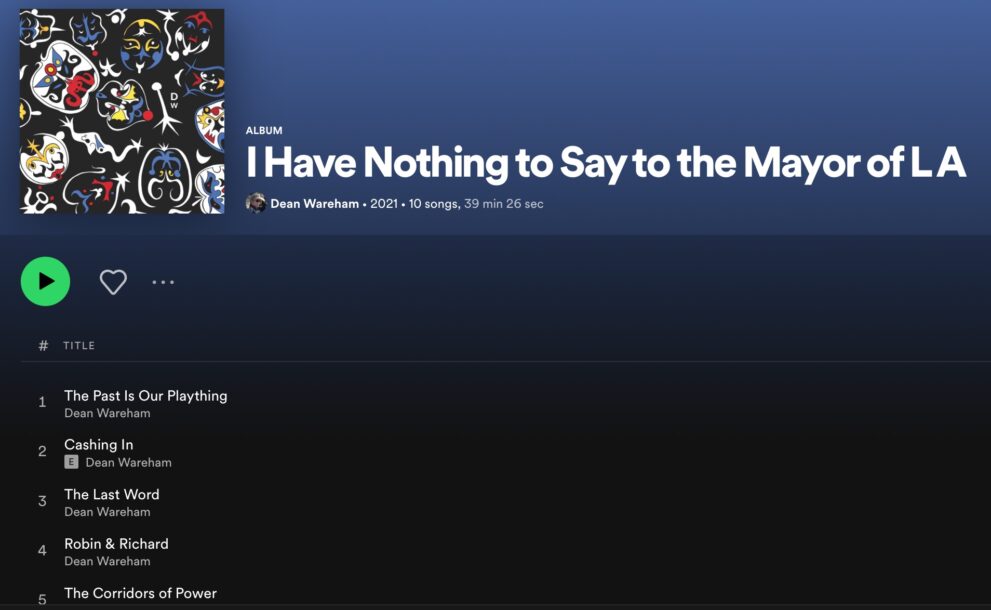