Los Angeles-based punk rocker Ben Conley is appreciative for the little things in life. Like a breakup.

Even though it was a painful one, Conley took the twisted wreckage and made a somewhat angry but wry recording and accompanying video called “Thanks For Something.” Conley’s generally a blues man, but his latest social disappointment motivated a new, edgier style and it’s pretty cool.

Lately we’ve seen a lot of men in suits and ties getting doused with, or submerged in water, maybe that’s just how people feel after a year in lockdown, particularly in Los Angeles. The pandemic closures certainly dampened if not drowned out the entire music industry, with particularly devastating effects on the indie musician. Which Conley is.

“Thanks For Something” is a track that only lasts only one minute and 12 seconds, but delivers a decade’s worth of fuzzy punk venom. The track almost has a Van Halen-“Hot For Teacher”-style fast-paced beat, but Conley spits out the words at a frenetic punk pace and the listener can almost put themselves with Conley in his shower stall of broken hearts. 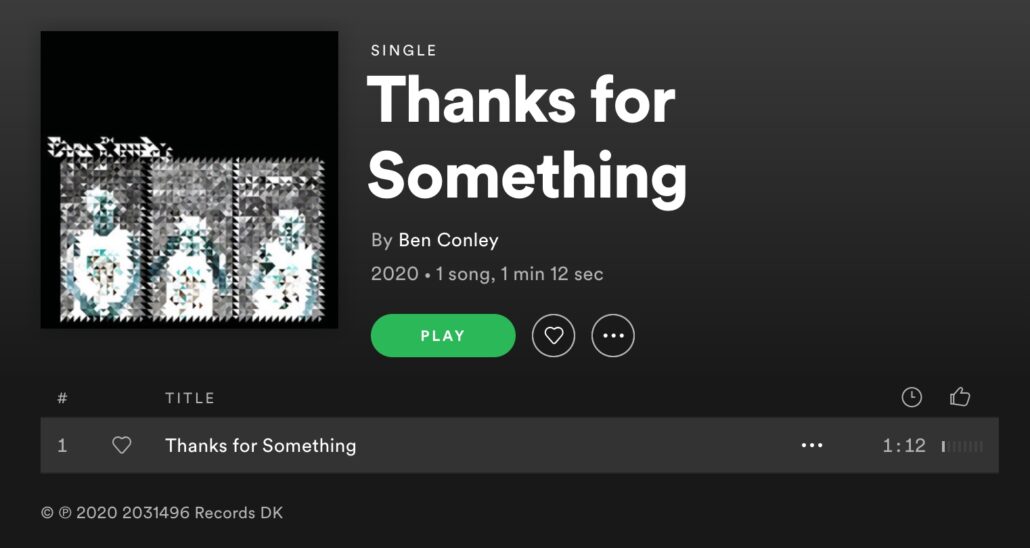 Conley said no matter how low he may feel during the struggles in life, he tries to get in a few laughs to ease the tension. He uses music to take the edge off and channels his life experiences through song.

“Thanks For Something,” after all, is a lot better than saying “thanks for nothing” to your ex. It’s short and sweet. But listeners will probably want to play it three times over for triple the fun. Conley is a one-man wrecking crew on this one, playing guitar, bass, and digital drum program and performing the vocals. Producer is Dane Stafford.

Check out the video for ‘Thanks For Something’