– The Eagles, whose lineup is comprised of Don Henley, Joe Walsh and Timothy B. Schmit, with Deacon Frey and Vince Gill, have added six new “Hotel California” concerts to its 2021 tour.

The new locations added to the tour include Boston, New York, and Washington, D.C.

Each night’s concert will feature a “Hotel California” set accompanied by an orchestra and choir followed by an additional set of the band’s greatest hits. Tickets go on sale beginning Friday, June 18, at 10 a.m.  American Express Card Members can purchase tickets before the general public beginning Monday, June 14, at 10 a.m. local time through Thursday, June 17, at 10 p.m. local time.

In honor of 50 years of The Beach Boys’ timeless and often underappreciated albums, Capitol/UMe will release an expansive 5 CD and digital box set titled Feel Flows – The Sunflower and Surf’s Up Sessions 1969-1971 on July 30.

Feel Flows is heralded today with the streaming debut of the unreleased gem, “Big Sur.” A beautiful sonic love letter to the central California coastal town of Big Sur, the lilting, pastoral folk tune that was originally recorded for Surf’s Up and has remained unreleased for more than five decades.  Pre order here. 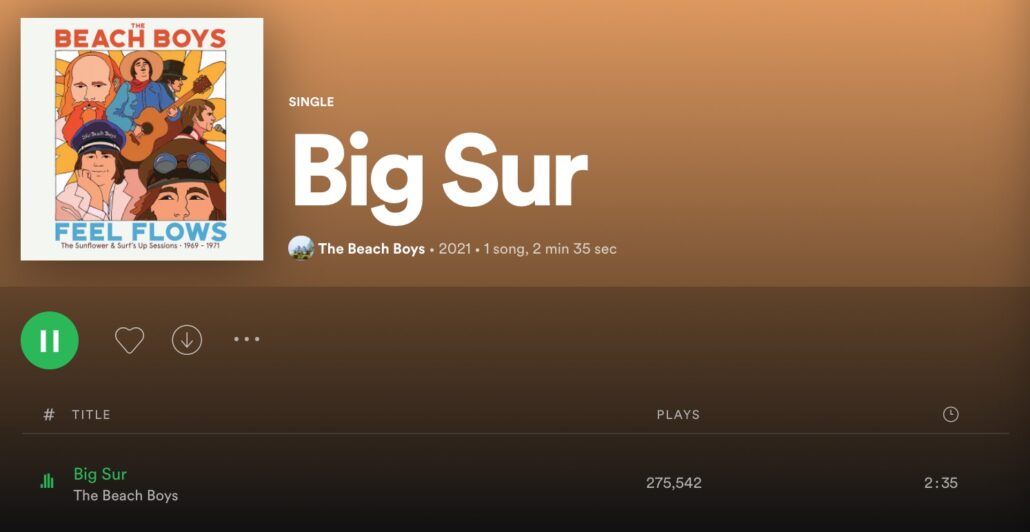 Frank Sinatra’s “I’ve Got You Under My Skin,” Judy Garland’s “Come Rain or Come Shine” and Nat King Cole’s “Unforgettable” would not be the same immortal melodies without the musical genius of prolific arranger and composer Nelson Riddle, arguably the greatest of his era.

Riddle collaborated with the biggest musical stars of his time, including Dean Martin, Peggy Lee, Nat King Cole and Ella Fitzgerald. But it was his work with Frank Sinatra that made him a household name the world over.

By the time his career was winding down, Riddle was working with new names on the scene like Linda Ronstadt. He also wrote the hit TV theme “Route 66” from the 1960s series of the same name, composed the score to Batman: The Movie (1966) and turned down an offer from Paul McCartney to collaborate on a song. His shelf included Grammy and Oscar awards.

A revealing new biography from Geoffrey Littlefield, Nelson Riddle: Music with a Heartbeat, takes readers inside the world of the wildly successful but enigmatic Riddle. With the help of the late arranger’s musician son, Christopher, Littlefield shares first-hand anecdotes, never-before-seen photographs and stories of some of the 20th Century’s biggest names in entertainment.

To check out the book go here.

Country music singer-songwriter and BBR Music Group/Night Train Records recording artist, Tyler Farr, has released his latest track, “Cover Girl,” available now on all digital streaming platforms. The powerful song brings attention to the often under-reported and traumatizing issue of domestic violence which affects millions of Americans annually. Written by Farr, Blake Bollinger, and Ben Stennis, “Cover Girl,” takes a stand for anyone caught in an abusive situation and delivers a message of empowerment and hope to encourage those suffering any form abuse to find the strength to seek out help.
Listen to ‘Cover Girl’ here.

The partnership between the two Texas-based companies combines the musician reach and event-driven fan base of the Outhouse Tickets platform with PickleJar’s deep technology experience artists-to-fan engagement, fintech applications, data analytics, and cloud managed services. The combination is expected to help musicians create value through each performance with PickleJar’s “artist-first technologies.”

As part of the agreement, PickleJar will be featured throughout the Outhouse website as part of a “Tip This Artist” campaign. Fans will be encouraged to download the PickleJar app and tip the musicians during their performance to further support their favorite artists when purchasing tickets to shows and event. Artists using the PickleJar app receive 100 percent of every tip made.

“Outhouse Tickets represents the very artists and performances PickleJar was developed to support. It is an honor to have Greg as a partner as we introduce PickleJar to the world,” said Jeff James, PickleJar’s Chief Executive Officer. “The synergies between our two companies will help accelerate the exposure of ‘tip-worthy’ musicians and reward fans for supporting local music. We are truly thankful Outhouse is joining us to help transform live entertainment.”

“The Birthday Cake” takes place one fateful evening in the life of Gio, the son of a murdered mobster and the nephew of Brooklyn mob boss, Angelo. On the 10th anniversary of his father’s mysterious death, Gio carries on the family tradition of bringing a cake his mother baked to this uncle’s house for a celebration. Two hours into the night, Gio’s life is forever changed as he begins to piece together what really happened to his father and ultimately comes face to face with the type of violence he has managed to avoid his whole life.

The picture is produced by Diomedes Raul Bermudez, Shiloh Fernandez, Siena Oberman and Danny Sawaf. Screen Media will release “The Birthday Cake” in theaters and on demand June 18.

Check out the trailer here: