‘Boston to Berkeley’ Tour – The Name Says it All

Rancid and Dropkick Murphys have announced the co-headlining From Boston To Berkeley Tour which will make five California stops, including San Diego, Sacramento, Berkeley, LA and San Luis Obispo in August.

The Bouncing Souls and Jake Burns, The Selecter and Kevin Seconds, support.

“Rancid is looking forward to hitting the road with our brothers the Dropkick Murphys,” said Rancid’s Tim Armstrong.

Rancid and Dropkick Murphys go back a ways. In 1997, Rancid’s Lars Frederiksen found a copy of Dropkick Murphys’ original EP at a friend’s house. He gave it to his bandmate and Hellcat Records President Armstrong, who signed the band to his new label.

“It’s a long time coming with these two bands touring together,” said Rancid’s Frederiksen. “There is so much history between both of us that it should make for a great tour. We look forward to seeing all of our friends and family out there.” 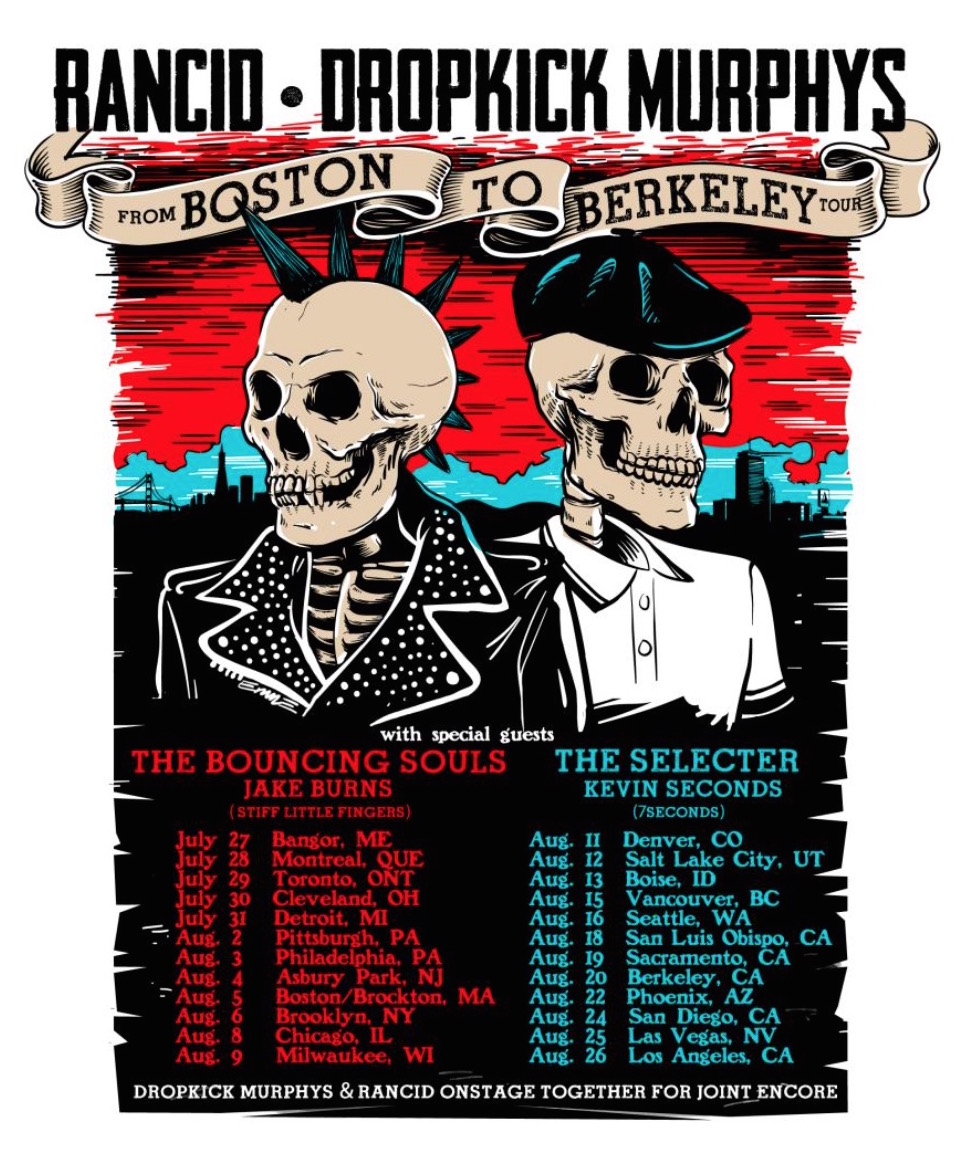 Rancid, comprised of Armstrong, Frederiksen, Freeman and Branden Steineckert, has stayed independent. They have their own independent booking agent, they’re on an independent record label, Hellcat/Epitaph, and they make their own t-shirts. The band releases its ninth studio album this year.

Dropkick Murphys are touring in support of their 11 Short Stories Of Pain and Glory album, released through the band’s own Born and Bred Records earlier this year.

Dropkick Murphys have become ambassadors for their city. In Boston, it seems like everybody knows someone connected to the band whether by blood, friendship, or the time they shared a brew at a Boston Bruins game.

For more information on the tour check out The Dropkick Murphys  or Rancid pages.

With ‘Trouble Maker,’ Rancid Tells Us Where They’re Going With Hot Album: To The Top of the Charts

June 11, 2017 News Musicians, Reviews Comments Off on With ‘Trouble Maker,’ Rancid Tells Us Where They’re Going With Hot Album: To The Top of the Charts

Rancid Tackles Important Issues with New Record By DONNA BALANCIA Rancid’s new record, Trouble Maker, was inspired by freedom of speech and people using music as a message, and they’re making their point. There aren’t too […]