Lady Gaga will replace Beyonce for both weekends at Coachella but the good news comes amidst reports that the Coachella website was hacked.

Some 950,000 accounts related to the concert were cracked with email addresses, passwords and other information stolen, it was reported by Motherboard.vice.com.

Supposedly no financial  information was taken, but Coachella has not confirmed any hacking reports.

Meanwhile Lady Gaga has stepped in as Coachella headliner, replacing the pregnant Beyonce, who pulled out last week on doctor’s orders.

In headlining on April 15 and 22 at the Empire Polo Grounds in Indio, Gaga joins a knockout lineup including Kendrick Lamar, Radiohead, Bon Iver and Lorde. Gaga will squeeze the two-weekend headline appearance into her 2017 tour schedule.

Gaga is coming fresh off her Super Bowl halftime show and a fabulous performance with Metallica at the GRAMMYs.  She’s a GRAMMY winner, a Golden Globe winner, and she was nominated for an Academy Award.  She’s sold 30 million albums and achieved 150 million single sales.

Gaga’s latest album, Joanne, was recently released and it went straight to the top of the charts.

She’s set to star opposite Bradley Cooper in a remake of “A Star is Born,” expected to be released in 2018. 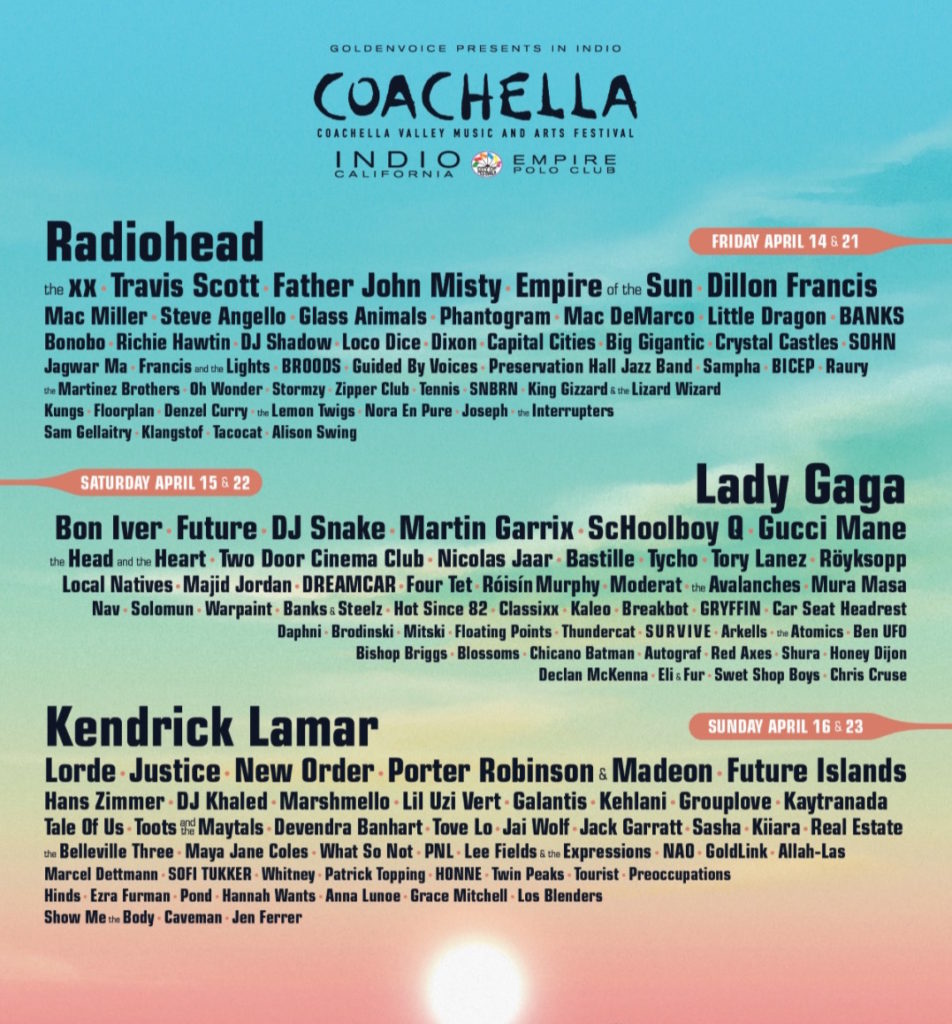 By DONNA BALANCIA Lady Gaga and Bradley Cooper performed a heartwarming duet of their song “Shallow” in Las Vegas that rocked Little Monsters around the world.  The emotion-evoking video of last Saturday night’s show struck […]

Ska Pop Band Plays With Big Names at Blitz By DONNA BALANCIA The Interrupters are red hot with their hit single “She’s Kerosene,” but the band’s “overnight” success has been years in the making. The […]

Sillerman Brings Rock in Rio to Vegas May 2015

April 1, 2014 News By DONNA BALANCIA, East Coast Rocker®, Technology Comments Off on Sillerman Brings Rock in Rio to Vegas May 2015

Financial Reporters ‘Stunned’ by SFX Q4 Conference Call -NEW YORK — Amid what pundits speculate may be the downhill side of the EDM festival era, SFX has invested in Rock in Rio, a well-known Brazilian […]