James Corden hosts an ambitious GRAMMY broadcast this year, with highlights of the show including a Prince Tribute and a duet by Lady Gaga with Metallica.

“Prince is living through all of us and there’s not a day that goes by that his influence on us isn’t out there,” said Jimmy Jam, who with Morris Day, form The Time. “So this is for him our performance is something we know he would enjoy. We know he’s gonna have a good time because we’re gonna have a good time. And that’s just a reminder of how he is in everybody’s life. We’re going to celebrate.”

Robert Trujillo and Kirk Hammett of Metallica said their collaboration with Lady Gaga is going well.

“You know how the GRAMMYs have their duets thing, so when it was suggested that Lady Gaga do it,  I thought ‘That’s interesting,'” Hammett said. But when she came to work with us on the song last night it turned out really reaally really well. She was really open and willing to work with different arrangements and see what worked well over the course of the song.”

“She has a lot of edge and attitude which is important for what we do,” said Trujillo. “She actually came to see us play, we did a small show, at the Henry Fonda Theatre, she saw the whole show, stayed for it, enjoyed it, she started rockin’ out and magically this all started happening.

Ultimate-Guitar.com discovered a tweet from producer Northern Lights that indicated the duet of Lady Gaga and Metallica would  perform “Moth Into Flame.” 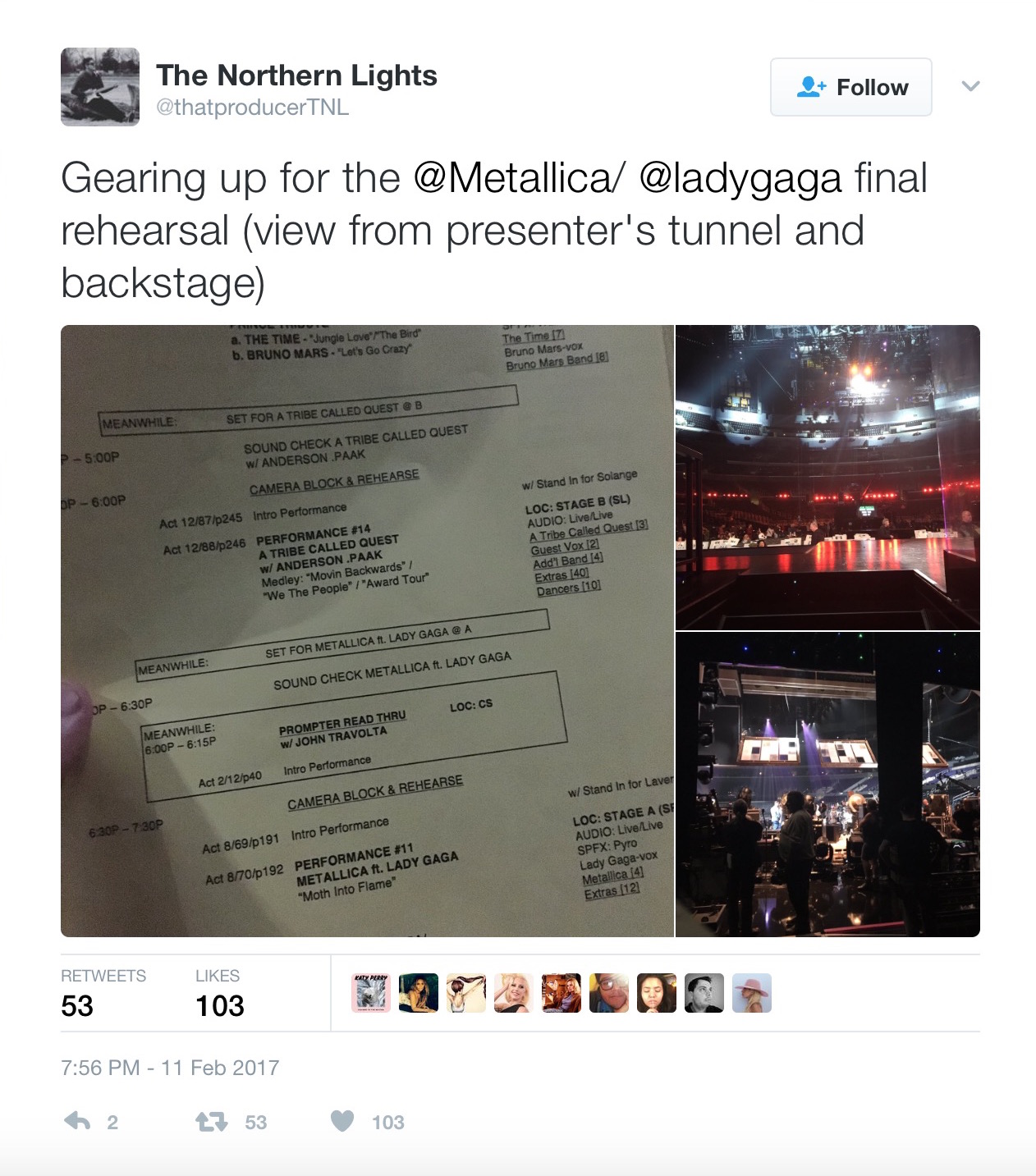 February 13, 2017 News Musicians, Reviews Comments Off on Lady Gaga and Metallica Overcome Glitches to Steal the Show at the 59th Annual GRAMMY Awards

By DONNA BALANCIA David Bowie and Adele were the big winners of the night and Lady Gaga teamed for a wild duet with Metallica at the 59th annual GRAMMY Awards Sunday night. It was an […]

December 6, 2016 News Awards, By DONNA BALANCIA, Musicians Comments Off on Surprises Like Sturgill Simpson and Honors for David Bowie Come with List of GRAMMY Nominations

See the Full List of GRAMMY Nominations Here Photo by VIVIAN WANG, Story By DONNA BALANCIA Beyonce, Drake, Kanye and Rihanna may have the most number of nominations, but this year, some surprises were to […]

Photo by PHILIP NELSON, Story By DONNA BALANCIA Lady Gaga will replace Beyonce for both weekends at Coachella but the good news comes amidst reports that the Coachella website was hacked. Some 950,000 accounts related […]